Study suggests link between fracking and risk of premature birth

Expectant mothers who live near hydraulic fracturing wells could have high risk pregnancies.

Health officials and many Pennsylvanian residents have been concerned about the effects of fracking on water and air quality and its stress on residents, and now this concern may be increased as new research from Johns Hopkins University suggests that pregnant woman who live near hydrofracturing wells in Pennsylvania have a greater likelihood of experiencing high risk pregnancies or giving birth prematurely.

Living among the most active quartile of hydrofracturing activity was associated with a 40% increase in premature birth.

Lead researcher and professor at the Johns Hopkins Bloomberg School of Public Health Brian Schwartz, and his colleagues, studied the records of over 9,000 mothers who gave birth between 2009 and 2013 in north and central Pennsylvania. They took this information and compared it with data about natural gas fracking wells in these regions.

What the research concluded was that living in areas with the most active quartile of hydraulic fracturing activity was connected with a 40% jump in premature birth and a 30% increase in reported high-risk pregnancies (ex. factors such as excessive weight gain or high blood pressure), reported the Miami Herald. 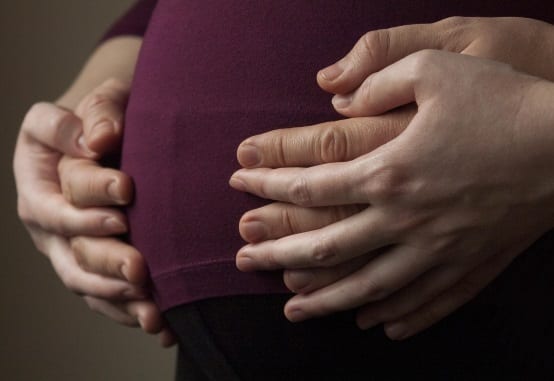 Schwartz said that “Now that we know this is happening we’d like to figure out why.” He added, “Is it air quality? Is it the stress? They’re the two leading candidates in our minds at this point.”

Other research has shown a link between fracking and low birth weight.

Nicole Jacobs, the Pennsylvania Field Director for Energy in Depth, said that while their organization is still reviewing the Johns Hopkins research, the research does not “take any environmental samples and relies heavily on assumptions.” Energy in Depth is a research, education and public outreach campaign launched by the Independent Petroleum Association of America.

Although Schwartz admits that a single study is not enough to provide definitive evidence of the impacts of fracking on pregnant women, the study does add to the knowledge and evidence. Furthermore, Schwartz said that other research exists and has found a connection between low birth weight and fracking wells.

While more research needs to be done to truly determine the effect fracking may have on expectant mothers, in an interview, Schwartz stated that “There are now four studies that have looked at various aspects of reproductive health in relation to this industry and all have found something.”