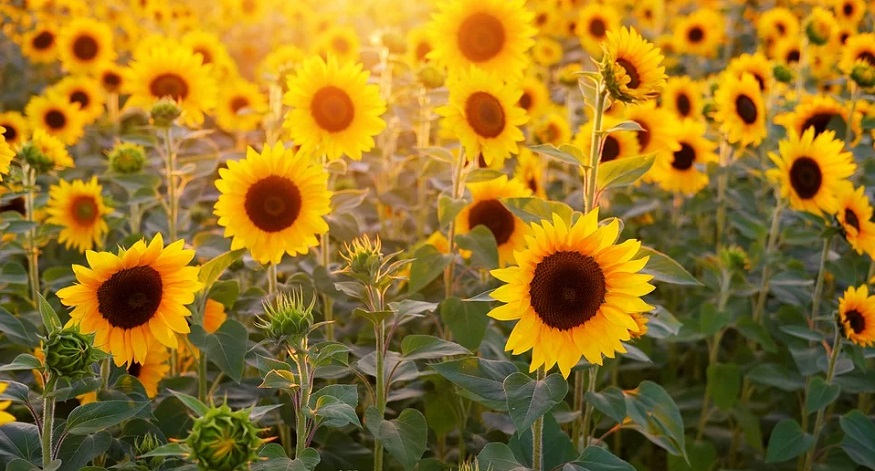 An innovative new type of solar technology has been developed by American researchers.

Researchers at the University of California Los Angeles and Arizona State University have created SunBOTs, a new type of solar technology that imitates phototropism. This is a natural process of sunflowers and other plants in which the plants follow the sun and pause their movement when they are positioned to receive optimum exposure to sunlight to achieve photosynthesis.

The artificial material is the first to be capable of phototropism.

The researchers developed stem-like cylinders of the artificial material, which they called SunBOTs. They found that the material bends toward sunlight to capture approximately 90% of available sunlight. This happens even at times when the sun is shining on an oblique angle.

The device is made up of a cylinder “stem” made from the material that reacts to the light and an energy harvesting “flower” at the top, which is composed of standard material that absorbs light, commonly utilized in solar cells. Each device is very small, not even 1 mm wide.

Essentially, the way the technology works is that when the stem of a SunBOT is exposed to light, it heats up and shrinks. This causes it to bend and direct the artificial flower toward the light. Once the flower is aligned with the light, the stem stops bending. The reason is that bending generates a shadow. While positioned in the shadow, this gives the material a chance to cool down and stop its shrinking. However, once it is exposed to light again it will bend once more.

SunBOTs were found to harvest up to 400% more solar power.

To determine just how effective the phototropism-mimicking artificial material is compared to conventional solar panels, the researchers tested the stems by building a panel of SunBOTs with and without the bending material.

What the researchers found was that the panel of solar devices that featured the bendy stems were capable of harvesting up to 400% more solar power than those without the material.

This research is considered to be a major achievement considering traditional solar panels capture only about 24% of available energy from the sun, whereas SunBOTs can harvest about 90%.