Japanese automaker Suzuki has plans to commercialize a new generation of hydrogen-powered motorcycles. The company has a long history with these types of vehicles, though their most popular models are powered, of course, by conventional forms of energy, such as petroleum. Like other automakers, Suzuki is looking to establish a stronger footing in the clean transportation space, hoping to provide consumers with clean vehicles that will allow them to become more environmentally friendly.

New fuel cell vehicles to be tested in Japan this year

The automaker is expected to begin testing new motorcycles equipped with hydrogen fuel cells on public roads in Japan at some point this year. The Japanese government is currently working on developing new safety standards concerning hydrogen fuel tanks, which will store the hydrogen that will allow fuel cells to generate electrical power. These fuel tanks must be safe to ensure that drivers are adequately protected.

Suzuki is working with other companies to produce fuel cell vehicles 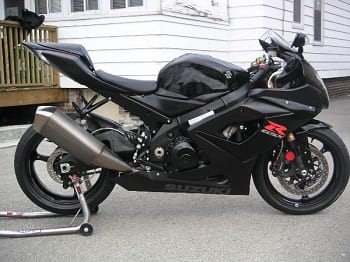 Suzuki has formed a joint venture with Intelligent Energy, a prominent developer of hydrogen fuel cells based in the United Kingdom, to develop a new Burgman scooter that is powered by hydrogen fuel. A prototype of the scooter was showcased several years ago, highlighting the capabilities of the vehicle and the fact that it can be powered in a matter of minutes. When compared to batteries, which have been used for clean motorcycles for some time, fuel cells can be fueled more quickly, whereas batteries take several hours to charge fully.

Several automakers are working on commercializing fuel cell vehicles, but none have yet found any success in this effort. There are only a small number of fuel cell vehicles currently available to consumers in the global market and a lacking hydrogen fuel infrastructure has made these vehicles somewhat unattractive. Another issue is that fuel cell vehicles are quite expensive when compared to their conventional counterparts. Motorcycles equipped with fuel cells, however, are relatively inexpensive, which may make them more attractive options, especially in the Asian market.