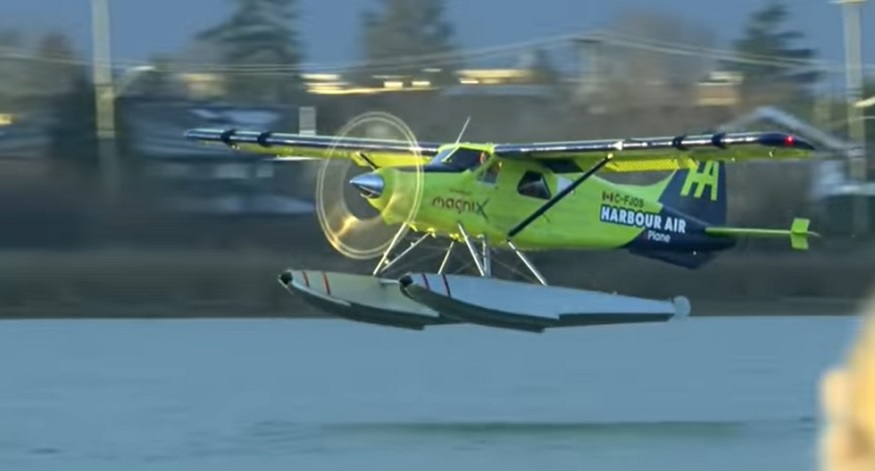 The aircraft is a joint operation between Harbour Air and MagniX and represents a global first.

For the first time in the world, an all electric seaplane has taken flight. The craft is operated jointly by Harbour Air and MagniX, with a 750 horsepower Magni500 propulsion system.

The majority of electric seaplane and aircraft technology currently in testing has a futuristic alternative design. Many compare it to a cross between the design of a helicopter or complex drone. Therefore, when the new all-electric craft was unveiled for its first flight on December 10, many were impressed with how traditional it looked.

The craft flew in the Canadian province of British Columbia. It is a de Havilland DHC-2 Beaver. Its brief test flight took off from the Harbour Air Seaplanes terminal in the city of Richmond, which is close to Vancouver. It briefly flew along the Fraser River before returning to the airport once more.

This completely electric seaplane was originally introduced earlier in 2019 at the Paris Air Show.

MagniX, an Australian company, first launched the plane at the Paris Air Show. It explained that the craft’s propulsion system is designed to create a “clean and efficient way to power airplanes.”

Despite the brief initial flight, it was met with considerable enthusiasm. MagniX celebrated the occasion by linking this “world’s first commercial electric airplane” to the achievement of the Wright brothers and their first flight. The company said that this accomplishment “signifies the start of the third era in aviation – the electric age.”

Overall, the aviation industry is estimated to contribute about 2 percent of the global carbon dioxide emissions, a figure that is only expected to rise. This helps to explain why climate activists – most notably Greta Thunberg – have been rejecting air travel in order to raise emissions

awareness. Though the electric seaplane is hardly ready to start making large commercial flights, its technology is promising for future development in this area.