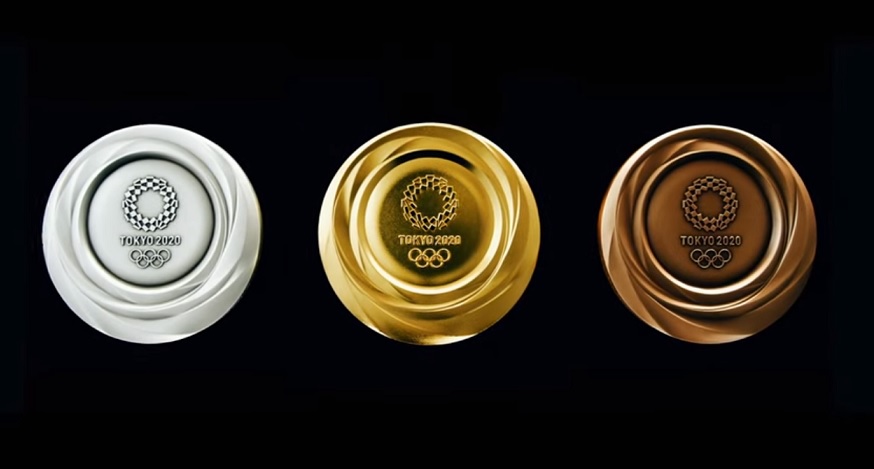 The medals have been manufactured from cell phones and other electronics.

Japan is working hard to host the most sustainable Olympics in history and it’s keeping up with its mission right down to the Tokyo 2020 Olympic medals. The gold, silver and bronze medals, which were unveiled for the first time yesterday (July 24, 2019) – exactly one year before the start of the 2020 Olympic Games – have been manufactured from recycled mobile phones and small electronic devices donated by the Japanese people.

The medals are 100% sustainable.

The idea for the 100% sustainable Tokyo 2020 Olympic medals was announced back in 2017, when the Tokyo 2020 Organizing Committee launched its “Everyone’s Medal” campaign. This campaign called on Japanese citizens to donate electronic devices that could have their constituent metals removed.

An estimated 79,000 tons of used mobile phones and other small electronic devices were collected by municipal authorities during the campaign, which ran from April 2017 until this past March.

About 5,000 Tokyo 2020 Olympic medals will be produced for next year’s summer games.

“It is a great honour that my design was selected for the Tokyo 2020 Olympic medal,” Kawanishi said in a press statement.

“I never dreamed that the design I submitted only as a memorial to this lifetime event would actually be selected. With their shining rings, I hope the medals will be seen as paying tribute to the athletes’ efforts, reflecting their glory, and symbolising friendship.”

As per IOC regulations, Kawanishi’s design for the Tokyo 2020 Olympic medals includes the iconic five rings symbol, Nike (the Greek goddess of victory) in front of the Panatheniac stadium and the official name of the games.