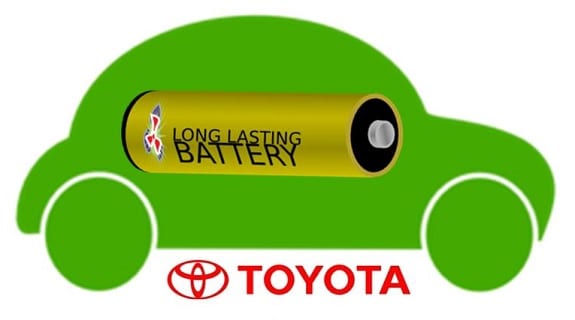 Toyota has been growing more bold with its clean transportation efforts in recent  years and has even gone so far as to show more favor for hydrogen fuel cells over conventional batteries when it comes to powering a new generation of vehicles. Despite this, however, the Japanese automaker has also begun researching the potential benefits of solid state batteries. The company sees particular potential in solid state batteries, believing that these batteries could be a solution to some of the problems that electric vehicles face currently.

Electric vehicles are gaining popularity, but they are still subject to criticism concerning their inefficiency. Modern electric vehicles suffer from a lack of operational range. These vehicles are only capable of traveling a relative short distance when compared to more conventional vehicles and it takes considerably longer to charge and electric vehicle than it does to fuel other types of vehicles. Solid state batteries may help resolve these issues, making clean vehicles more attractive to consumers.

Toyota recently announced that it would allow its deal with Tesla Motors to expire within the coming months. Tesla had supplied Toyota with the batteries it used to power its electric vehicles, but Toyota believes that hydrogen fuel cells will eventually replace batteries altogether. In case fuel cells do not manage to accomplish this feat, however, Toyota is also showing its continued support for battery technologies.