Japanese automaker Toyota only just recently released its first fuel cell vehicle, called the Mirai, and already has plans to launch a new Mirai model ahead of the 2020 Olympics in Japan. The automaker is interested in making the new Mirai model more affordable and smaller than its predecessor, which may be more well received among consumers. Toyota plans to launch the new model in 2019 and may be launched alongside the latest version of the Prius coming that year as well.

According to Toyota, the cost of a mass-produced fuel cell vehicles could be as much as $56,000 by 2019. The cost of hydrogen fuel cells is dropping as new technology begins to be used. Toyota, as well as other companies, has been working to make fuel cells less expensive in order to promote clean transportation and the adoption of fuel cell vehicles. These efforts have begun to pay off, which may encourage the accelerate growth of the clean transportation market in the coming years. 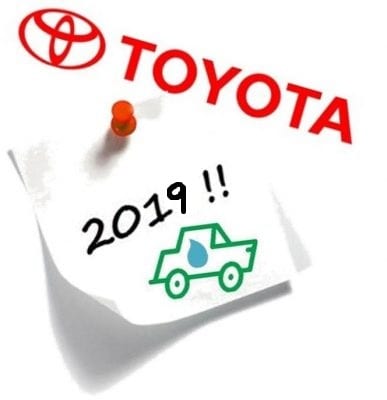 Japan will play host to the 2020 Olympic Games, and the country has very ambitious plans for the occasion. The Japanese government plans to make use of hydrogen fuel cells to provide electrical power for the Olympic Village being built in Tokyo. This temporary village will serve as home for the athletes traveling to Japan to compete in the Olympics and will be almost entirely environmentally friendly due to its use of fuel cell energy systems.

Toyota has established itself as one of the most prominent clean transportation companies in the world. The automaker has extensive experience with clean vehicles and fuel cell technology itself. The new version of the Mirai may solidify the company’s already considerable presence in the clean transportation market. If Toyota fails to make the new Mirai more affordable, however, consumers are unlikely to purchase the vehicle.