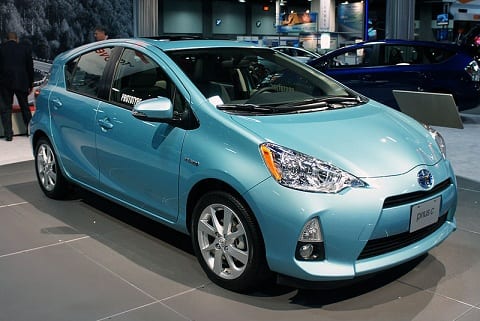 In the U.S., New York and New Jersey have been left reeling in the wake of Hurricane Sandy. The powerful storm struck the states in late October, causing widespread flooding and damage from its powerful winds. The storm successfully cut off power for millions of people across the two states, a problem that continues to persists weeks after the disaster. Many could only wait for their respective state governments to restore electricity. Some, however, turned to other sources of power, such as the Toyota Prius.

Prius may win new acclaim as a home energy system

The Toyota Prius is a massively popular hybrid vehicle, powered by a four-cylinder gasoline engine and a lithium-ion battery. Throughout its lifetime, the Prius has won acclaim as an environmentally friendly and fuel efficient vehicle, with the latest generation of the vehicle exceeding the expectations of Toyota itself. The Toyota Prius may be winning a new sort of acclaim because of the acts of one enterprising New Jersey resident.

Bob Sakala of Paramus, New Jersey, purchased a Toyota Prius well ahead of Hurricane Sandy; in June of this year. When the powerful hurricane struck New Jersey, Sakala was left without power for his home. Due to the enormous pressure the storm had placed on the state, Sakala decided to turn to another energy source that could provide power for his home. Thus, the man tapped into his Toyota Prius, which was able to provide enough electrical power for his entire home. While the energy provided by the Prius was not comparable to the energy that would have been supplied by the state’s power grid, Sakala notes that it was enough to keep his appliances running.

Not the first time Prius has been used as a backup

This is not the first time someone has turned to a Prius for help. Last Year, Hurricane Irene cut off power to many people in Massachusetts. John Sweeney was able to connect his Toyota Prius to his home, providing power for his refrigerator, freezer, TV, woodstove fan, and several other appliances, including lights for three days. Sweeney used only five gallons of gasoline.