Japanese automaker Toyota has plans to launch its new fuel cell vehicle, the Mirai, in the United States in October of this year. The Mirai is powered by a hydrogen fuel cell, which produces no harmful emissions while generating electricity. The vehicle has been available in Japan since the end of last year, and Toyota has seen a significant rise in demand for this vehicle in that market. The Mirai may be somewhat less popular in the U.S., however, due to a lacking hydrogen fuel infrastructure.

Hydrogen fuel infrastructure is beginning to form in the United States 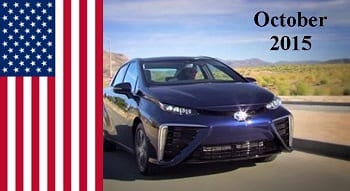 One of the problems facing fuel cell vehicles is the lack of a hydrogen fuel infrastructure. These vehicles require a supply of hydrogen in order to operate, in much the same way conventional vehicles need gasoline. In the United States, hydrogen fuel stations are lacking, with the majority of these stations being based in California. The state has been heavily investing in the development of new fuel stations in order to support the adoption of fuel cell vehicles.