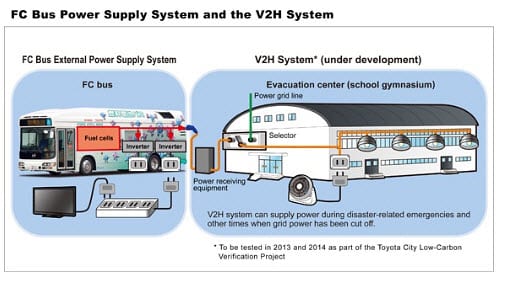 Famed Japanese automaker Toyota recently announced that it would be developing a full-fledged hydrogen-powered vehicle. The automaker is among the first to produce a commercially successful hybrid vehicle, the Prius, which laid the foundation for future iterations of alternative energy transportation. Though Toyota has become a powerful name in the alternative energy sector, it still has a strong focus on traditional vehicles, which puts the company at odds with fuel efficiency standards that are coming from many of the world’s governments. Compelled by these standards, the automaker has set its sights on making more energy efficient power systems for more than just vehicles.

Fuel efficiency standards are meant to encourage automakers to develop cleaner vehicles that cut down on the level of fuel consumption. These standards are not optional, and the auto industry is forced to comply if they want to avoid fines and continue operating in some of the world’s most popular markets. While some automakers have found the fuel efficiency standards of some countries problematic, Toyota sees them as an opportunity to develop and market new energy systems. As such, the automaker has developed a hydrogen fuel cell system that can be used to power electrical devices and home appliances.

The hydrogen fuel cell system is actually part of a bus, called the FC Bus. The system generates electricity for the vehicle’s engines while also supplying this electricity to those traveling on the bus. Toyota suggests that the FC Bus can provide power for a variety of mobile electronics and that the system serves as a precursor to a vehicle-to-home (V2H) project that the company is currently developing. This V2H energy system would funnel the electricity generated by a fuel cell-equipped vehicle to a home, providing power for appliances.

Toyota estimates that testing for the new V2H will begin at some point in 2013. During these tests, the FC Bus will be used. Toyota’s FC Buses will also participate in the Toyota City Low-Carbon Verification Project, which aims to promote the use of low-emissions technologies in a variety of sectors, transportation included. Toyota is one of the companies looking to make use of hydrogen fuel cells beyond the transportation environment, where they have managed to garner the most of their popularity.