The global auto industry has taken a liking to hydrogen fuel in recent years. Indeed, most of the world’s largest automakers have announced plans to launch their own hydrogen-powered vehicles beginning in 2015. Toyota is one of these automakers but the company has yet to show off the design for its future hydrogen-powered vehicle. That will change next year, however, as the company has announced plans to finally unveil its fuel cell vehicle in January of 2014.

Toyota has been relatively reserved in its approach to hydrogen fuel and clean transportation. While the automaker sells 12 hybrid, plug-in hybrid, and all-electric vehicles in the U.S., it has remained heavily focused on conventional vehicles. The Prius is currently considered the company’s most successful and popular clean vehicle, but the automaker has been working on a hydrogen-powered vehicle for some time in order to compete with other companies in the auto industry. 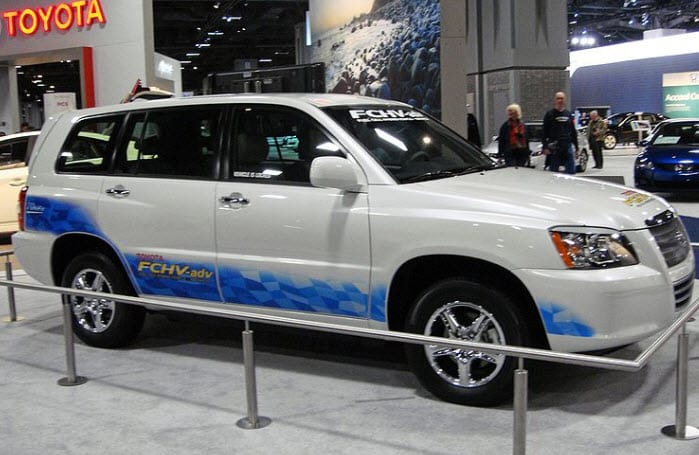 The automaker believes that hydrogen fuel has a bright future in the transportation world. Toyota is, of course, aware of the major challenges that stand in the way of hydrogen fuel. One of these challenges has to do with the cost of fuel cells, which are expensive because of their use of platinum. Another challenge lies in the lacking fuel infrastructure that is meant to support hydrogen-powered vehicles. Without a comprehensive infrastructure in place, these vehicles are not likely to be well received by consumers. Toyota, as well as other automakers, has been working to resolve the infrastructure issue by assisting in the building of new hydrogen fuel station in many parts of the world.

Automaker has big plans for 2014

Toyota will not adopt an exclusive future on hydrogen-powered vehicles. The company will also be showing off the next generation of its acclaimed Prius model next year. Toyota has also been working on innovative technology that will significantly improve the charge-time of its electric vehicles. The automaker is also making an effort to promote clean transportation more aggressively in the coming year.