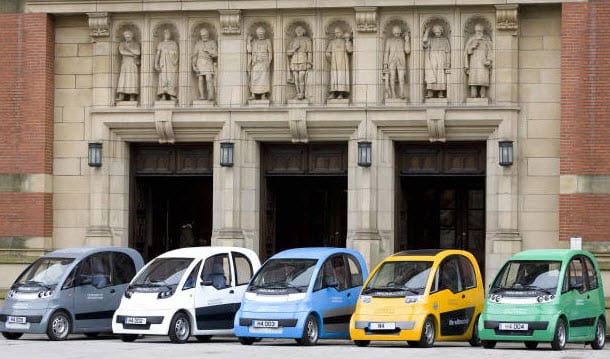 Microcab, a specialist vehicle manufacturer, has announced that it will be launching a new hydrogen-powered vehicle.

The automaker, which is born from the Coventry University in the UK, has been working on a new approach to public transportation that makes use of sustainable fuels. As fuel cells become less expensive, the automaker has adopted hydrogen as their fuel of choice for electric vehicles. Microcab will showcase their new hydrogen-powered vehicles at the West Midlands’ Coventry and Birmingham Low Emissions Demonstration later in the year.

Microcab’s new vehicles will come in two and four-door models and will be quite compact. The relatively small size allows the vehicle to run on an equally small fuel cell, which produced 3 kilowatts of electricity.

This brings down the ultimate cost of the vehicle significantly, allowing it to be more accessible to a wider range of consumers.

Hydrogen-powered transportation relies heavily on infrastructure, which has been lacking in the UK. Last week, Japanese automaker Honda launched the UK’s first public hydrogen fuel station, establishing the foundation for the nation’s hydrogen infrastructure. This will help automakers, most of whom are planning to launch fuel cell vehicles in the near future, establish a foothold in the commercial market and, perhaps, smooth the transition away from oil.

Microlab engineers hope to have the vehicle ready for the commercial market within a year’s time.