The United Kingdom’s Department for Business, Innovation, and Skills has announced that the government will be investing some $7 million into the country’s hydrogen fuel infrastructure. This funding is expected to increase the popularity of fuel cell vehicles, which are slated for release in the country later this year. Hyundai, one of the first companies to commercialize a fuel cell vehicle, has praised the funding initiative from the British government, claiming that it will help establish the UK as a prominent clean transportation market.

Hyundai is the first automaker to bring fuel cell vehicles to the United Kingdom. The company delivered a number of its hydrogen-powered Tucson to the country in 2014, where it has been used by several companies, including Air Products, ITM Power, and Transport for London. The automaker is expected to deliver more of its fuel cell vehicles to other customers in the country in the coming months. The Tucson has won praise for its ability to travel for more than 350 miles before needing to be refueled with hydrogen.

Fuel cells continue to gain support in the transportation sector 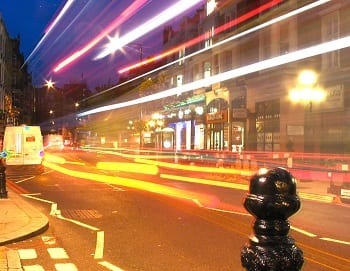 Fuel cells have become a staple of clean transportation, where they are being used to power a new generation of vehicles. These energy systems produce electrical power through the consumption of hydrogen fuel, but they do not produce any harmful emissions. Vehicles equipped with fuel cells produce nothing more than water vapor and oxygen from their exhaust pipes. As such, fuel cells have become quite popular with automakers that are interested in clean transportation.