US and China pledge action on climate change

During a special United Nations summit held in New York City earlier this week, President Barack Obama and Chinese Vice Premier Zhang Gaoli pledged to fight climate change. During the summit, the Global Carbon Project showcased a report that suggested the world was on track to experience the worst case scenario of climate change. The report predicted that global temperatures would rise by an average of 41 degrees Fahrenheit by 2100, which would be catastrophic for many countries.

Two countries will be working independently to combat climate issues

The U.S. and China have announced their intentions to fight climate change, but they did so separately. Environmental advocates had expected that the two countries would announce that they would work together to address the issue, but this is not the case. Both the U.S. and China will continue to focus on climate change as individual entities, supporting one another in modest ways over the coming years.

China has shown aggressive action on the climate problem 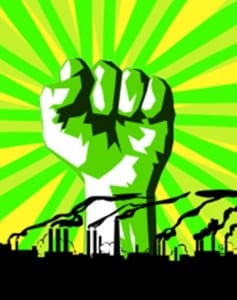 China has already begun to address the issue of climate change aggressively. Many of the country’s largest cities are shrouded in air pollution that is being linked to serious health problems. Some of these cities have begun limiting the number of vehicles that can be introduced to their local market every year in an effort to cut down on emissions. China has also become the world’s leading investor in renewable energy and the country has begun promoting reform in its industrial sector, hoping to further reduce emissions therein.

The U.S. has been somewhat sluggish in its action on climate change, but it has begun investing quite heavily in the clean energy space. Notably, however, the U.S. has not contributed to the Green Climate Fund, which is meant to support emissions reduction and clean energy projects. Approximately $2.3 billion has been invested into the fund, half of which has come from France.