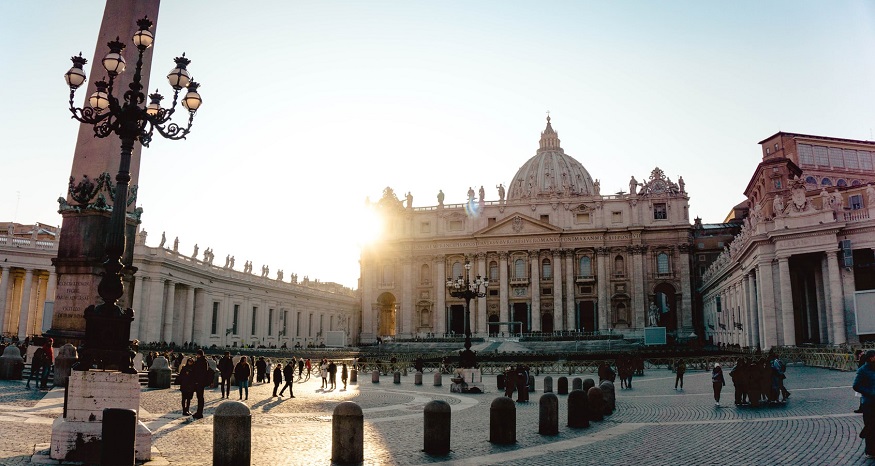 It called for moves to be made “progressively and without delay” in moves against climate change.

The Vatican is officially taking steps in opposition to fossil fuel producers and other entities that worsen the climate change crisis.

The announcement was made in “Laudato Si”, an encyclical from the Vatican written by the pope.

Pope Francis wrote in the Laudato Si that the private sector and Catholics alike should divest of fossil fuel producers and others that would perpetuate climate change. A Laudato Si is a form of guidance instructions for church leaders and workers. Pope Francis wrote that “less harmful alternatives can be use transiently”. He urged wealthier nations to assist in financing the costs so that the expenses do not “fall disproportionately on the poorest countries.”

Pope Francis explained that: “Building safe, accessible, reliable and efficient energy systems based on renewable energy sources would make it possible to respond to the needs of the poorest populations and at the same time limit global warming.”

At the same time, the pope urged Catholics to take steps away from fossil fuel producers.

He asked Catholics and private companies to avoid “support for companies harmful to human or social ecology,” including weapons makers as well as the fossil fuel industry as a whole.

The official press website for the Holy See, Vatican News, added that Pope Francis is seeking taxation for carbon dioxide emissions. He stated that the oceans and seas are at the very core of ecology. He called them the “blue lungs of the planet”. As a result, they “require governance focused on the common good of the entire human family and founded on the principle of subsidiarity.”

This most recent call from the Vatican occurred the month after over 40 faith organizations based in 14 different countries announced that they were divesting from fossil fuel producers. This was among the largest ever joint announcements made on behalf of religious organizations. It occurred in response to the 2019 carbon dioxide emissions

figures, which reached a global record high at 37 billion tons, driven by oil and natural gas, according to a Global Carbon Project report.