Who Will Win the Hydrogen Infrastructure Race?

Clean transportation has long been a priority for those concerned about the environment. Every year, traditional vehicles pour several thousand tons worth of carbon dioxide into the atmosphere, and this is beginning to have a serious impact on the environment. Many automakers are beginning to develop vehicles that produce no emissions, with a primary focus on using hydrogen fuel cells to power these vehicles. The problem, however, is that there is not yet a comprehensive infrastructure that can support fuel cell vehicles.

According to the results of a recent survey run by HydrogenFuelNews.com, there is a race on concerning which country will have a working infrastructure in place by the time fuel cell vehicles become commercialized. According to the survey, 40% of respondents believe that Japan will have the most hydrogen fuel stations in operation within the next decade. Approximately 23% believe that the United States will lead the way in terms of hydrogen infrastructure, with Germany following behind. Another 10% of respondents believe that no country will have enough hydrogen fuel stations operational, leading to the failure of fuel cell vehicles. 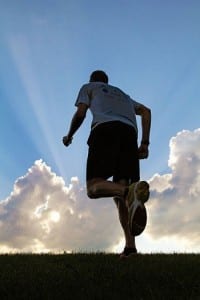 Infrastructure is a major problem when it comes to clean transportation. For battery electrics, new charging stations have had to be built to support their adoption. Fuel cell vehicles, which are a type of electric vehicle, cannot benefit from conventional charging stations and must have new fuel stations built to support them. Building these stations is expensive and establishing a comprehensive hydrogen network in the United States would cost more than $500 billion. Building a working infrastructure throughout Europe would be five times more expensive than building an expansive network of charging stations.

Japan, the U.S., and Germany currently lead the way in terms of establishing a hydrogen infrastructure. These countries have invested heavily in hydrogen and clean transportation, but building new fuel stations has proven to be not only an expensive endeavor, but a time consuming one as well. Japan has been building hydrogen stations since 2002, with 17 of these stations becoming operational by the end of 2012. Another 19 stations are expected to become operational at some point in 2015. Because of how long it takes to build a hydrogen network, the infrastructure may not be ready to support the launch of fuel cell vehicles.