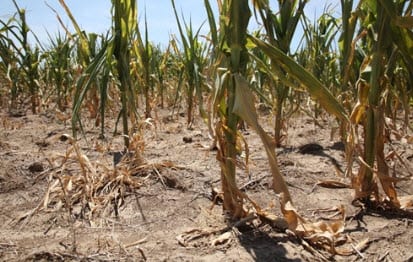 The environmental benefits of renewable energy are often highlighted but putting them into context can be somewhat difficult. One of the often overlooked benefits of clean energy is the fact that it consumes very little water. Most of the world’s conventional energy systems are used to produce steam through the evaporation of massive amounts of water. In 2008, the United States’ conventional energy systems consumed as much as 62 trillion gallons of freshwater from the country’s rivers and lakes.

The country’s wind energy sector currently saves approximately 35 billion gallons of water every year. In the U.S., the availability of water is not typically something at the forefront of people’s minds, but during the country’s record-breaking drought, the nation’s water supplies have begun receiving significant attention. California is currently facing the worst drought it has experienced throughout its long history. As of the beginning of June, the state’s main water reservoirs only held 50% of their average capacity.

Dwindling water resources have obvious implications when it comes to the availability of water, but what many people do not know is that a declining water supply can have a negative impact on the state’s ability to generate electrical power. Since the drought began, California’s hydroelectric production has dropped by 47%. In some cases, the decline in the state’s ability to use water for energy would have lead to blackouts, but California’s wind energy sector has managed to avert such problems.

In April, California set a new record in terms of wind energy generation, reaching 4,768 megawatts. The state’s previous record stood at 4,302 megawatts, which was recorded in June of last year. California’s wind power systems have managed to offset the negative impact that the state’s drought has had in terms of energy production. Solar power has also helped reduce the effects of the drought, reducing the state’s reliance on hydropower and helping to avoid the prevalence of blackouts.