Wind power has had trouble finding a foothold in Ohio

Wind energy develop is expected to pick up in Ohio, following a time where wind power projects have come to a standstill. The American Wind Energy Association notes that there are challenges that wind power faces in Ohio that are somewhat unique to the state. Some of these challenges have to do with state policy, which shows favor for more conventional forms of electrical power. Another issue that has hindered the growth of wind energy is the fact that the federal Production Tax Credit, which provides financial support for wind projects, was allowed to expire before being renewed at the beginning of this year.

Regardless of challenges, the wind energy market has great potential

Despite the challenges being faced by wind developers in Ohio, the state holds great potential for the wind energy market. Ohio is currently home to approximately 444 meagwatts of wind capacity. Only one new wind farm began producing electricity so far this year, with the majority of the state’s wind capacity coming from two large wind farms built in 2011 and 2012. According to the American Wind Energy Association, some 207 megawatts worth of wind projects are currently under construction in the state. 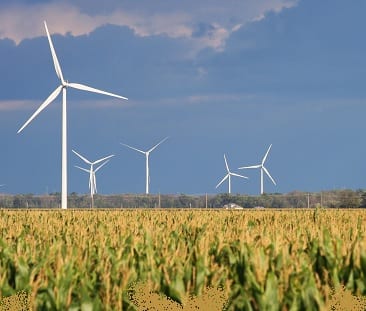 The wind energy market has thrived through the Production Tax Credit, which has provided a great deal of financial support for the development of wind farms. Over the time this initiative has been available, federal lawmakers have allowed it to expire several times. After being allowed to expire, the wind energy market essentially came to a standstill. In 2014, Ohio lawmakers passed a new law, which affected the availability of the Production Tax Credit. This legislation increased the minimum distances at which wind turbines can be built to nearby structures. It also put a two-year halt on state standards requiring utilities from purchasing electricity from renewable power systems.

Ohio is lagging behind in renewable energy

The wind energy market has been growing quickly in many parts of the United States, but Ohio is lagging behind other states in embracing clean power as a whole. The state is currently ranked 44th in terms of overall wind capacity. Wind developers continue to show interest in Ohio despite the states relatively unfavorable policies concerning wind power.