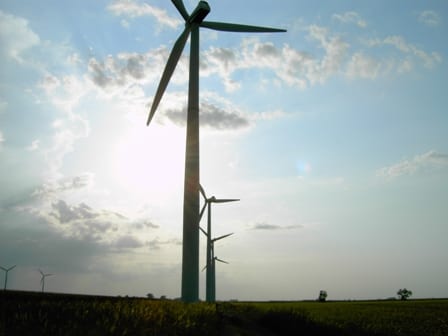 A major victory for wind energy has been won this week in the U.S. The State of Iowa has long been considered a very favorable location for wind energy systems, but the state has seen relatively little development in this sector in the past. With the U.S. becoming more interested in renewable energy, Iowa has been gaining more attention as a strong advocate for clean power and sustainability. Last year, Governor Terry Branstad campaigned to support a federal tax credit that supports the majority of wind energy projects in the U.S. The tax credit was upheld, guaranteeing that Iowa’s own projects would continue without significant financial trouble.

The MidAmerican Energy Company, a large energy utility based in Iowa, has announced that it will be investing $1.9 billion in the state’s wind energy projects. These funds will help support existing projects as well as help new wind farms take root throughout the state. By the time these projects are fully operational, Iowa is expected to receive 39% of its retail energy from wind farms and the cost of this energy will be lower than that produced by more conventional energy systems.

Backed by this massive investment, Iowa is expected to see significant activity in its wind energy sector in the coming months. New projects taking form means that new jobs will soon be available to those that are currently unemployed. These wind farms will produce approximately $360 million in tax revenue for the state over the next 30 years.