Green energy technology currently generates over 20 percent of electricity around the globe.

According to a new report from the International Energy Agency (IEA), the capacity of renewable energy sources, such as solar and wind power, expanded at the fastest rate ever in 2013, producing 22 percent of the world’s electricity.

Over $250 billion was invested in clean generating systems last year.

That said, while the speed of growth has been tremendous, it is anticipated to slow down. This is partly due to politicians who are becoming uneasy about subsidy costs. However, IEA Executive Director Maria van der Hoeven believes that governments need to remain confident because renewable are extremely important to energy security.

The executive director commented that when green sources of power become a “cost-competitive option” this raises regulatory and policy uncertainties, which “stems from concerns about the costs of deploying renewables.” Furthermore, she added that “Governments must distinguish more clearly between the past, present and future, as costs are falling over time. Many renewables no longer need high incentive levels.” She went on to say that “renewables require a market context that assures a reasonable and predictable return for investors.”

Even though the present installation rate for solar arrays and wind farms is remarkable, the IEA does not think that it will be enough for Europe to meet climate change goals. This would mean that Europe would be required to adopt tougher binding objectives. 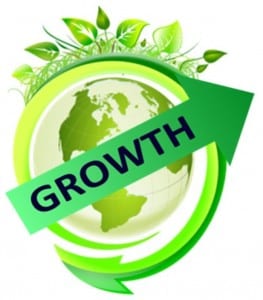 The European Wind Energy Association’s deputy chief executive, Justin Wilkes, commented that the report from the IEA is correct in regard to the need for ambitious national goals for the year 2030. He said that the current 27 percent target is not only inadequate, but member states are not obligated to follow through with it. Wilkes stated that a binding 30 percent renewable target needs to be agreed upon in October by Europe’s heads of state if any real progress is to be made to improve European climate objectives, competitiveness, and energy security.

The International Energy Agency is an agency based out of Paris and was established to ensure that its 29 member countries have affordable, reliable clean energy. The IEA says that in other parts of the world, such as South Africa, Chile, and Brazil, onshore wind power is already an alternative energy option preferred over fossil fuels. However, according to new statistics recently released by Energy UK, in the month of July, renewable energy from wind only makes up just slightly more than 4 percent of the United Kingdom’s power production, which is very low compared to coal (17 percent), nuclear (24 percent), and gas (42 percent).