300-mile range electric vehicles may be on their way

The next two generations of electric vehicles may be significantly more efficient than the current generation. Doctor Heinz-Jakob Neusser, head of powertrain development at Volkswagen, believes that electric vehicles with more than 300 miles of operation range will be seen in the near future. Currently, battery electric vehicles are the target of criticism for their relatively low efficiency and operational range. This is one of the reasons some people choose to avoid these vehicles, favoring traditional, gasoline-powered cars to newer models.

Neusser notes that the power density of the batteries used to power electric vehicles is increasing. As power density growth, the capabilities of electric cars will improve. Between 2015 and 2017, Neusser suggests that seeing electric vehicles with 186 miles of range will be common. By 2020, vehicles able to travel for more than 300 miles on a single charge may become the norm. 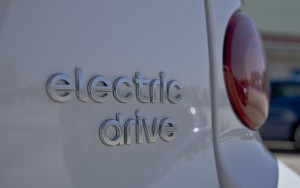 Plug-in hybrids may not be around for much longer, according to Neusser. These vehicles were always meant to be little more than a bridge that can smooth the transition from traditional vehicles to newer, more environmentally friendly cars. Hybrids have accomplished their goal relatively well, as they have become quite popular among consumers and those that have purchased hybrids are more likely to purchase zero emissions vehicles in the future.

Notably, Neusser suggests that hydrogen fuel cells are a bridge technology as well. These energy systems have become quite popular among most of the world’s largest automakers, but some have suggested that fuel cells are not a viable option for the clean transportation space. Neusser believes that the future of transportation will rely almost entirely on battery technology. Whether or not this will be the case has yet to be seen. Fuel cells are gaining more attention, but there is no way to tell if these energy systems will manage to find success in the auto industry.