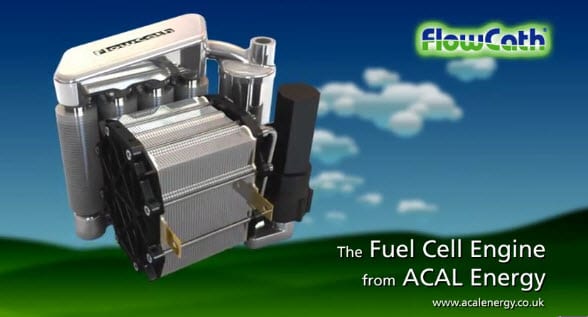 Acal Energy, a leading developer of hydrogen fuel cells, has launched a new fuel cell system that it believes will make hydrogen-powered vehicles significantly more attractive. Hydrogen transportation has been gaining strong traction all over the world, but hydrogen-powered vehicles have yet to win the hearts of many consumers. These vehicles often face criticism when it comes to the issues of affordability and efficiency. As such, fuel cell developers and automakers have been working to find solutions to these issues that could help hydrogen transportation find some degree of success.

New fuel cell could operate a vehicle for 10,000 hours

According to Acal Energy, the new fuel cell system will allow vehicles to operate for approximately 10,000 hours. This is double the operational time standard that has been set by the U.S. Department of Energy. Acal’s new fuel cell system may be able to solve the efficiency issues handily and these energy systems are likely to first be seen in Europe and, perhaps, some parts of Asia. Acal Energy may have also found a way to effectively resolve the cost problem concerning hydrogen fuel cells.

Unlike conventional fuel cell systems, the new offering from Acal Energy does not rely on a platinum catalyst. These platinum catalysts are the primary reason why fuel cells are as expensive as they are currently. The high costs associated with these catalysts makes fuel cells significantly less attractive when compared to other forms of renewable energy. Acal Energy’s new fuel cell is, however, equipped with a liquid catalyst that the company claims is much more durable and less expensive that platinum components.

FlowCath may be the key to success

The liquid catalyst is called FlowCath and it has been a major priority for Acal Energy for some time. The company has a strong desire to see hydrogen fuel cells become more prominent in the energy market. To accomplish this, efficiency and cost must no longer be considered burdensome issues. The FlowCath may be able to achieve Acal’s dream, especially where transportation is concerned, but automakers will have to embrace the company’s new fuel cells in order for the FlowCath to accomplish its purpose.