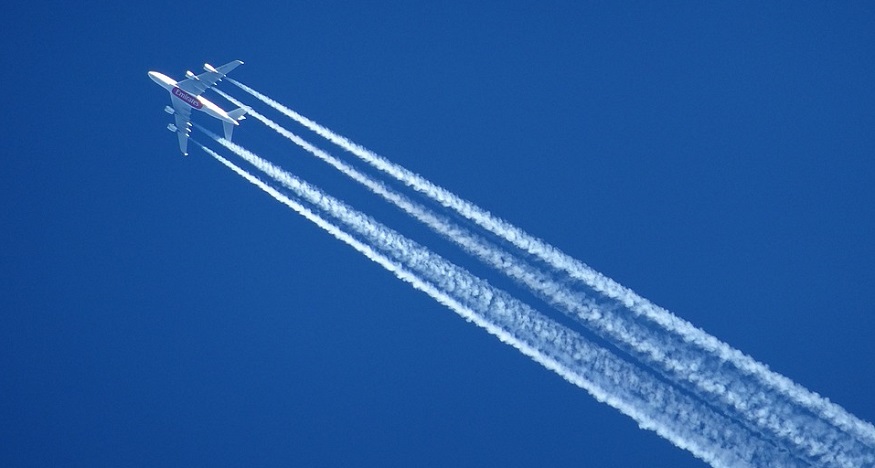 New research shows flight altitude can reduce this part of a flight’s pollution by up to 59 percent.

As researchers work to reduce the high carbon footprint of the airline industry, they have discovered that altitude plays a substantial role in the contrail climate impact.

Many different factors, from electric engines and renewable fuels are being investigated.

The environmental harm caused by flying has been placed in the spotlight, particularly due to the influence of eco-activist Greta Thunberg. The carbon footprint from jet fuel has become a major area for environmental concern. As a result, airlines and researchers alike are trying to find ways to replace that fuel through greener options.

That said, on top of those changes, researchers from Imperial College London have found a way to reduce some of the damage caused by flying. This wouldn’t require any changes to be made to existing equipment. They determined that altitude changes can make all the difference in reducing the contrail climate impact.

The contrail climate impact is far from the only concern, but this would need a small change to start immediately.

Contrails are “a type of ice cloud formed by aircraft as water vapor condenses around small dust particles, which provide the vapor with sufficient energy to freeze,” according to NASA. These formations, which look like lines of cloud in the sky, can create a cooling effect. They act to reflect sunlight that would otherwise make it to the Earth’s surface. That said, they can also have a blocking effect, stopping rising heat from being able to escape Earth. On this side of the coin, contrails keep heat trapped in the Earth, like a blanket.

The researchers determined that a couple thousand feet in altitude changes on less than 2 percent of all scheduled global flights would make a substantial difference in the impact of the contrails, reported CNN. In fact, that slight difference could reduce that impact by up to 59 percent.

This would not eliminate the carbon footprint from flying. That said, it would substantially reduce the contrail

climate change impact. They are believed to be responsible for about 14 percent of the total air quality and climate damage caused by aviation fuel burn per plane.