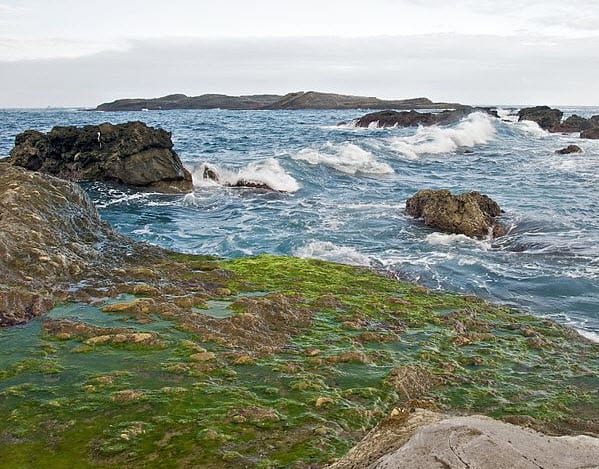 Algae-based biofuels available to consumers for the first time

Transportation is evolving as automakers and fuel producers begin taking alternative energy more seriously. Traditional fossil-fuels are becoming more expensive, especially in the U.S. Political tensions with the Middle East have set the price of oil on a steady incline. Further boosting interest behind clean transportation are new fuel efficiency standards. Automakers have largely focused on hydrogen fuel for the future, but some fuel producers have chosen to embrace algae-based biofuels.

Earlier this month, Propel Fuels, an operator of clean fuel station, announced that California consumers now have access, for the first time ever, to algae-based biofuels. New stations carrying biofuels are located in the Bay Area and offer affordable fuel to vehicles that can use them. This marks the first time consumers have ever had access to any algae-based biofuels. These fuels are usually reserved for businesses spanning various industries. Biofuels may present a viable solution to the growing fuel problem the country is beginning to see.

Propel Fuels teamed with Solarzyme, a renewable oil and biproducts company, to accomplish this venture. The fuel stations operated by Propel Fuels in the Bay Area offer algae-based biofuels that are produced by Solarzyme, called SoladieselBD. The new stations represent a pilot program that will examine the viability of these fuels in a commercial setting. The program will last until the beginning of December and the data collected from the project will be used to determine whether algae-based biofuels can succeed in the current market.

Demand for biofuels continues to grow amongst consumers

Though other fuel producers have been working with algae-based biofuels, Solarzyme and Propel Fuels are the first companies to bring these fuels to consumers. Though much of the auto industry is focused on hydrogen fuel, there is still a need for alternatives that cater to those that might not be able to afford the high cost of hydrogen-powered vehicles. Thus, the need for biofuels amongst consumers interested in clean transportation is growing.