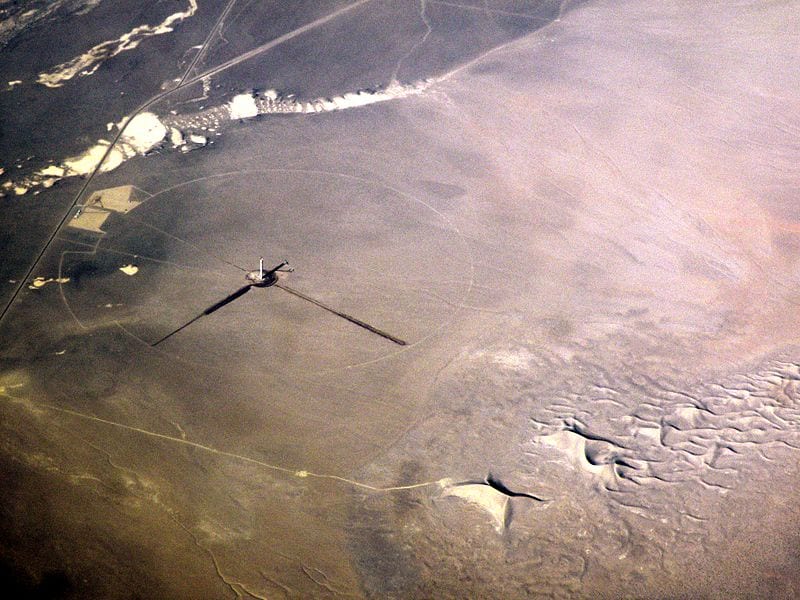 Nevada’s Crescent Dunes Solar Energy Project has reached a new milestone this week as workers complete the installation of receiver panels atop the project’s 540-foot tower. Crescent Dunes is an ambitious solar thermal power project that makes use of molten salt thermal technology. Once completed, it is expected to be the largest solar energy system of its kind in the world and will produce some 110 megawatts of electrical power. The project is currently scheduled to be completed at the end of this year.

The project is being managed by SolarReserve, a leading solar energy company based in the U.S. According to the company, the solar energy system will be able to provide up to 10 hours of electrical power through its storage system alone, allowing it to supply on-demand power in a way that is uncommon with most commercial-scale solar energy systems. Like concentrated solar power systems, Crescent Dunes uses an array of mirrors to concentrate sunlight. Unlike concentrated solar, however, the sunlight itself is not used to generate electricity.

Molten salt is used as an energy transfer and distribution medium for the project. The concentrated sunlight is used to heat the molten salt from 500 degrees Fahrenheit to more than 1,000 degrees Fahrenheit. The salt then moves through a series of alloy tubes and is used to set water supplies to boil. The steam created is used to power turbines that generate electrical power. SolarReserve notes that this is one of the most efficient ways to make use of solar energy.

The project is estimated to cost little more than $1 billion, $737 million of which has been covered by the U.S. Department of Energy. The agency is a strong advocate for renewable energy, with solar power being among its most favored. Solar energy continues to gain support throughout the U.S. as an alternative to fossil-fuels and may soon become the country’s staple in terms of electrical power.