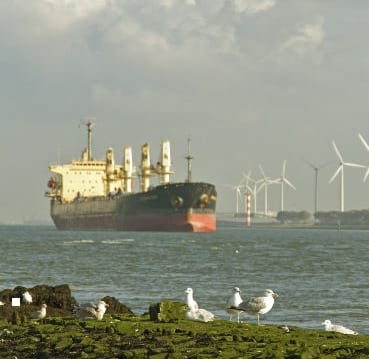 Areva, a nuclear energy company based in France, has joined with Gamesa, a Spanish wind turbine manufacturer, for a new joint venture. Through this joint venture, the two companies intend to play a much larger role in the renewable energy sector. The two companies will focus on offshore wind power, which has been gaining popularity in recent years throughout Europe. The United Kingdom is currently considered the strongest advocate of offshore wind energy in the world.

Offshore wind power projects could be coming to Europe and Asia

Areva and Gamesa have joined together so that both companies can mitigate the risks associated with offshore wind development. The two companies will share the costs associated with offshore wind farms and have plans to begin development in coastal counties located in Northern Europe and Asia. Through the joint venture, Areva and Gamesa will build a new business entity that will be responsible for the development of wind energy systems in both Europe and Asia.

Offshore wind power has managed to attract a lot of attention, but not all of this attention is good. Many critics of offshore projects suggest that they are too expensive to be considered viable. Moreover, most countries supporting offshore wind power do not have an energy infrastructure that is able to effectively accommodate electrical power generated from renewable sources. As such, much of the energy that offshore wind turbines produce is lost when it is fed into the grid, making wind farms somewhat inefficient.

The United Kingdom government has been reducing the subsidies it provides to various forms of renewable energy in order to provide more financial assistance to offshore wind projects. Other countries in Europe have also been investing more heavily in wind energy, and this trend has provided Areva and Gamesa with the encouragement needed to launch their new joint venture. Whether the joint venture will find success in the wind sector has yet to be seen.