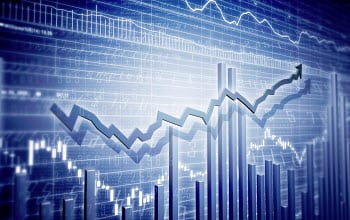 FuelCell Energy, a leading developer of hydrogen fuel cells, is one of the few companies in the fuel cell industry that is verging on reaching profitability. This has been an elusive goal for the industry as a whole due to the high costs associated with fuel cell production. Recently, FuelCell Energy opened itself to public trading, offering some 22 million shares at $1.25 a piece. While fuel cells themselves have received a significant amount of negative attention in recent years, the company’s public offering has been met with success, making FuelCell Energy the largest publicly traded fuel cell developer in the world.

According to FuelCell Energy, the public offering has raised more than $27.5 million for the company. This funding will secure its business operations for some time as well as offering it new opportunities for expansion that would have been impossible to find before the public offering. Like other companies in the fuel cell industry, FuelCell Energy has been losing money since it began operating. The recent public offering has increased the company’s working capital, however, mitigating its financial losses and allowing it to become more flexible with its business operations.

Fuel cells have attracted a great deal of negative attention recently. Criticism concerning fuel cells typically has to do with their cost. Fuel cells are expensive to produce due to their use of platinum, and this cost reflects in their final price tag. The energy systems have found a place in the auto industry, where new vehicles are being developed around fuel cells. The high cost of these energy systems is expected to make these vehicles more expensive than their more traditional counterparts.

FuelCell Energy ended the 2013 fiscal year with $187.7 million in sales, up from the $120.6 million in sales from the previous fiscal year. The company develops fuel cells for a variety of purposes that extend beyond the transportation sector and has been finding success in its efforts in numerous industries. The coming year may prove more beneficial for the fuel cell industry, as a whole, as more companies establish strong partnerships with one another and expand into new markets.