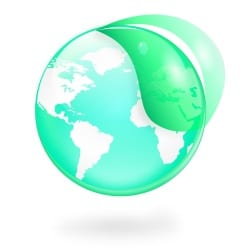 In the past, mimicking photosynthesis has been considered a major feat that some had considered a scientific impossibility. Over the past two years, however, artificial photosynthesis has been proven to be a possibility again and again. Artificial leafs, the engines through which artificial photosynthesis is made possible, are often showcased as a marvel of science, but are relatively simple in nature. Most of these devices are comprised of silicon and are placed in water and exposed to sunlight in order to produce hydrogen fuel.

The National Institute of Standards and Technology has released a new study concerning the artificial leaf and how it is used to produce hydrogen fuel. The study details how these devices are created and how they are capable of generating the electrical power needed to separate hydrogen from water. The study suggests that these devices are inexpensive and could lead to an equally inexpensive method of hydrogen fuel production.

Study shows these devices can be astoundingly efficient

According to the study, an artificial leaf can produce hydrogen fuel at an efficiency of 2.9%. While this may not seem impressive, the study shows that an artificial leaf is at least 15 times more efficient than other silicon-based devices that use solar energy to generate hydrogen fuel. The study does highlight some problems for these devices, of course, such as the fact that mass production can be a costly endeavor and it may be difficult for these devices to find success in any particular market due to their reliance on fresh water.

An artificial leaf can produce hydrogen fuel from water, but only if it has access to a fresh water source. Most of these devices are being developed for impoverished communities in developing countries. Most of these communities lack access to fresh water, which may significantly reduce their interest in hydrogen fuel and any artificial leaf that may be introduced to them in the future.