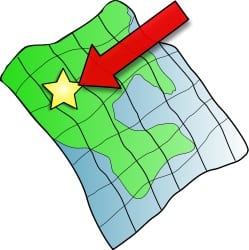 When it comes to real estate, location is often considered the most important factor. Location can determine the overall value of a property, as well as its allure to potential property owners. As such, property that is located in high-value areas, such as that overlooking the coast, can fetch a significant price. Location is not only important in real estate, of course, as it also plays a major role in the realm of renewable energy. Location can determine whether a renewable energy system will be effective or not, and those in bad locations could be considered a wasted investment.

In Europe, renewable energy has been receiving a great deal of support. Several countries throughout the European Union have embraced various forms of renewable energy, some for the sake of economic stability and others in an attempt to mitigate the effects of climate change. Throughout Europe, renewable energy systems have been taking root at an alarming rate, which may actually be a problem as many of these systems may not be in ideal locations, according to Siemens and the Technical University of Munich, Germany.

Siemens highlights the value of location

Siemens has been involved in the renewable energy sector for some time, focusing heavily on clean technology. The company has a particular interest in wind energy and has been warning that many wind energy systems that are emerging throughout Europe may be little more than wasted funding. This is because many of these systems are simply not located in ideal areas, which could mean that they will not be able to reach their maximum potential in terms of energy production. According to Siemens and the Technical University of Munich, renewable energy systems located in poor locations could be a waste of more than $50 billion.

Siemens is currently collecting data concerning renewable energy and the importance of location and will present a new study concerning its findings later this year. The company, backed by researchers from the Technical University of Munich, will likely use this data to encourage European countries to consider location more seriously when it comes to future renewable energy endeavors.