Prestigious British automaker Aston Martin has announced that it will be developing an electric vehicle in the coming years. The vehicle will be a new iteration of its popular Rapide model, which has won praise for its performance capabilities in the past. The automaker plans to develop an electric Rapide within the next three years, commercializing this vehicle in the company’s favored markets. It will be the first Aston Martin vehicle to be completely powered by electricity.

Automakers are beginning to show more interest in clean transportation. These companies are facing somewhat strict emissions regulations, which are pressuring them to develop clean vehicles or risk facing fines or exclusion from certain markets. In order to comply with regulations, and to become more environmentally friendly, automakers have increased their focus on electric vehicles. Even makers of luxury vehicles, such as Aston Martin, are beginning to develop electric vehicles in order to adapt to a changing market environment. 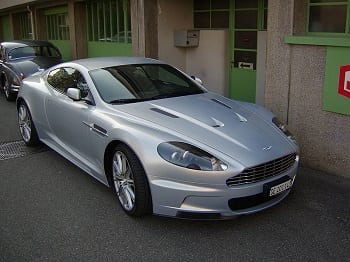 The conventional Rapide is a four-door coupe equipped with a 6.0 liter V-12 engine. The vehicle is build for high performance, not efficiency. As such, the conventional Rapide only has a rating of 17 miles-per-gallon. The electric version of the Rapide is expected to be significantly more efficient, but Aston Martin may be sacrificing some performance in order to make this possible. New technologies could help with the performance issue, however, allowing the electric Rapide tor retain its title as a high performance vehicle.