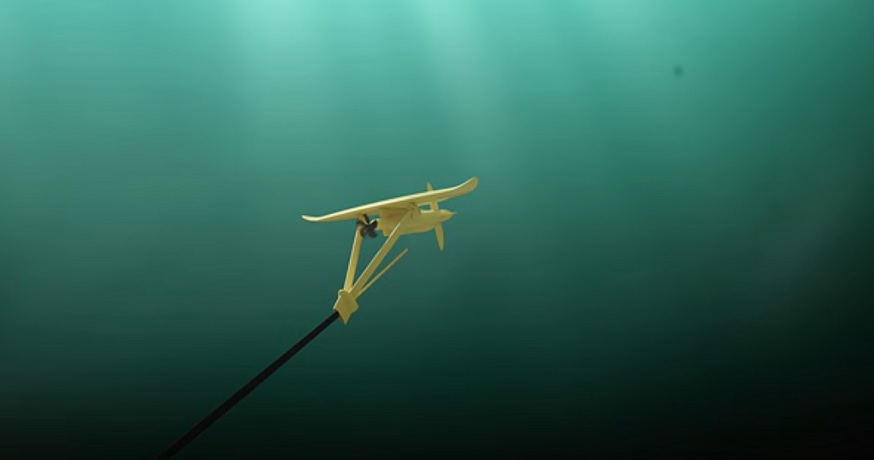 The Faroe Islands are already home to the development of this technology from many companies.

The Faroe Islands intends to use tidal kite technology as a part of its energy mix. This is the only Atlantic archipelago where this renewable energy technology is being developed.

This archipelago is located in the northeast Atlantic between Scotland and Iceland.

It is the place in which a trial using tidal kite technology is taking place. By including the technology to its energy mix, its power generation could get greener over time.

At the start of April, Minesto, a Swedish company, announced that it would be working with SEV, a utility from the Faroe Islands and its main energy provider, and that it had obtained the permits and consents it requires for the installation of two grid-connected renewable energy systems in the Vestmannasund strait. That strait is to the northwest of the Faroe Islands.

The Minesto technology combines the concepts of kite flying and converts it into aquatic space in order to generate electricity. This is done by harnessing underwater current the same way a kite uses the air. It produces a hydrodynamic lift force on the wings of the system, pushing it upward.

An onboard rudder and control system steer the tidal kite technology in a figure-eight pattern.

With the movement, water flows through the turbine and electricity is generated. Minesto CEO Martin Edlund explained that this green energy technology is scalable to make it possible for it to meet a spectrum of energy needs “from smaller-scale electrification of remote users to utility-scale power production.”

Edlund also stated that “There is an urgent need around the world to find ways of generating predictable clean energy at a cost-competitive level.”

Near the start of the year, Minesto signed a power purchase agreement (PPA) with SEV. This PPA covers a Vestmannasund straight installation of two of the 100 kilowatt systems. This will result in a total installed tidal kite technology capacity of 2.2 megawatts. Moreover, it

covers the installation of a utility scale system later on. Minesto hopes the technology will be operational in the Faroe Islands before the summer is done.