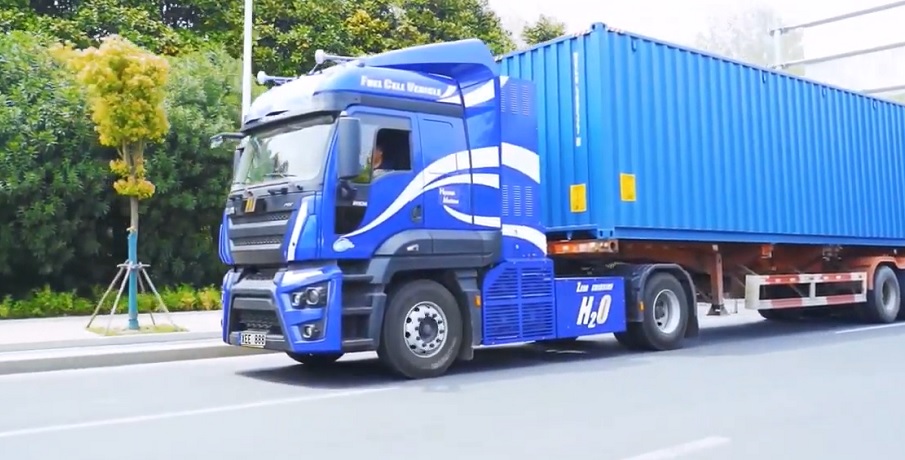 The two companies have teamed up to develop the first fully self-driving hydrogen-powered vehicles.

Hyzon Motors and Airdrivers have come together for the purpose of developing the world’s first fully autonomous fuel cell vehicles.

The first vehicles the companies will be making will be buses, coaches and trucks.

These initial autonomous fuel cell vehicles will be developed with Asia-Pacific region port operations in mind. This will involve various kinds of buses, coaches and trucks, all powered by hydrogen fuel.

The initial trial of a fully automated H2 powered truck is expected before the end of this year, said Hyzon Motors. Following that will be the first fleet of operational trucks, which is slated for deployment next year.

The Airdrivers Autonomous Intelligent Fleet Operator (AIFO) management system also provides operators with real-time visualization tools as well as other features such as predictive analytics, which can be used for scheduling and route planning.

“We have seen, over the past few years, many industrial operators around the world get serious about decarbonising their operations. To this end, Hyzon and its parent company Horizon Fuel Cell Technologies have been supplying hydrogen-powered vehicles and fuel-cell solutions to seaports and other industrial operators for many years,” said Hyzon Motors CEO and co-founder, Craig Knight of Rochester, NY.

“However, today’s partnership with Aidrivers, which is a leader in the autonomous mobility automation sector, combines two of the most innovative aspects of mobility – zero-emission fuel and autonomous driving – to create a safer, smarter and cleaner solution for ports, logistics, airports and other industrial operators around the world. This is the ultimate future of mobility; zero emissions with