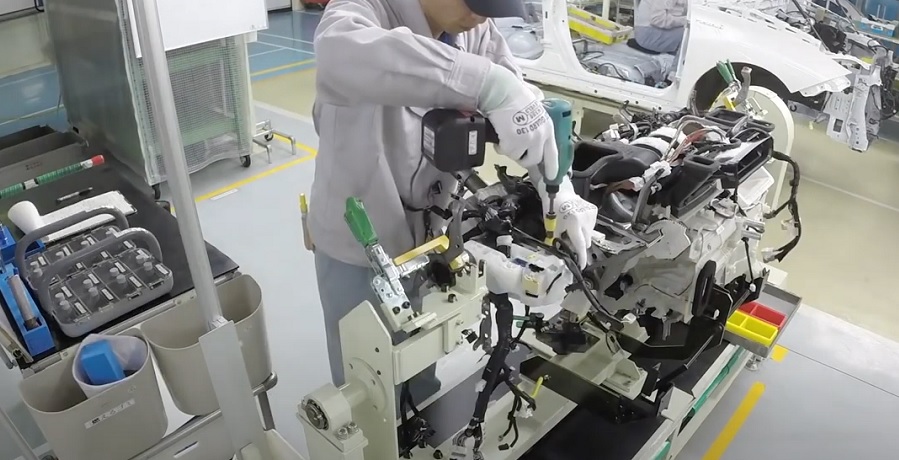 The automaker is boosting the development and production of the components of its H2 cars.

Fuel cell vehicle parts manufacturing by Toyota Motor Corp and its group companies is taking off. The automaker is ramping up its efforts for the development of hydrogen powered car parts. This is a component of a broader strategy to expand their market as the world experiences a shift toward low- and zero-emission cars.

The global trend toward zero-emission vehicles is taking off and Toyota is keen to take the lead.

In December, Japan’s largest automaker unveiled its second-generation Mirai, a hydrogen-powered sedan. This latest model featured a notably longer range and became the first mass-produced H2-powered car on the planet. Just over a month later, Toyota has boosted production of fuel cell vehicle parts to support the adoption of the zero-emission car trend.

The newest Mirai seats five and has three H2 tanks to store the renewable fuel powering the electric motor. It has an 850-kilometer range, which is almost a third (30 percent) greater than its predecessor, which was a four-seater with a 650-kilometer range on two tanks. The first generation Mirai was originally rolled out in 2014.

Japanese Prime Minister Yoshihide Suga announced earlier this month in a speech to the Diet that he was aiming to make 100 percent of new car sales in the country electrified by 2035. This would include plug-in electric cars, hybrid electric and fuel vehicles, and fuel cell vehicles.

Among the most stand-out features of Toyota’s Mirai is the considerable range provided by its third tank. That feature was developed by Toyota group company Toyoda Gosei Co, which manufactures resin and rubber vehicle parts. That firm used its own cutting-edge tech for the third Mirai tank’s development by coating its inside with a unique resin material. This made it possible for the tank to resist pressures up to 70 megapascals, which easily accommodates H2 storage.

A new plant has been constructed for the mass-production of these hydrogen fuel cell vehicle parts. It is located in Inabe, Mie Prefecture, and involved a ¥12 billion investment.