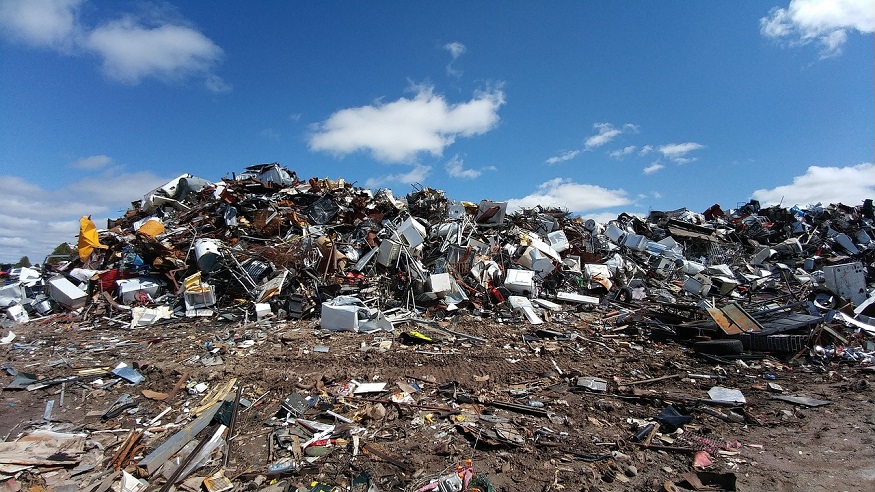 Instead of using a landfill flare to produce electricity, gas collection will occur on site.

Baltimore County is using a trash to energy program to meet its renewable electricity needs without resorting to burning the waste to generate it.

This is accomplished by collecting the methane gas produced by the decomposing landfill trash.

Traditional trash to energy programs rely on a landfill flare to burn off the methane gas. However, in an agreement with Energy Power Partners, the gas is collected as it is produced by the Eastern Sanitary Landfill in White Marsh. The collected gas is then used in on-site engine generators to produce electricity for the county.

The gas made by the landfill is collected and sent through wells and pipes buried within the landfill. From there, it is processed for use in electricity generation. Baltimore County will purchase this renewable electricity in order to offset municipal facility needs, said county energy and sustainability coordinator Seth Blumen.

The county expects that the trash to energy program will save them $285K in the current fiscal year.

Baltimore County expects $385,000 in savings from the project this fiscal year. The reason is that it is less expensive to purchase the Energy Power Partners electricity than it is to buy it elsewhere.

The project is being rolled out in two phases and is the first of its nature in Baltimore County, according to the county’s first Chief Sustainability Officer, Steve Lafferty. It will generate about 14 million kWh per year throughout the first phase. This will produce enough electricity to power 1,600 homes for the year.

During the project’s second phase, which will be ready by the end of 2020, a third generator will be added for a 20 million kWh per year electricity production boost.

The trash to energy project will help to decrease the county’s carbon footprint as it moves ahead to “meet critical renewable energy goals,” said Baltimore County Executive Johnny Olszewski Jr. (D). “Baltimore County can and should be a leader in environmental

sustainability and my administration will continue to innovate as we work to protect our shared environment for this generation — and the next,” he added.