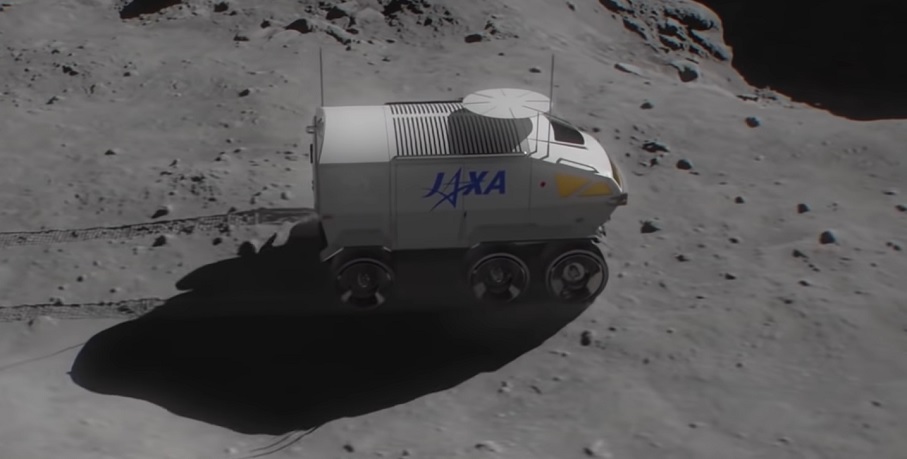 The vehicle is the result of a partnership between the automaker and the Japan Aerospace Exploration Agency.

Early last year, Toyota started working with the Japan Aerospace Exploration Agency (JAXA) to develop a six wheeled hydrogen powered lunar rover. The idea was to make it possible for the vehicle to transport two astronauts as well as the gear they require while on the moon.

The development of the vehicle is ongoing and is expected to take nearly 10 years to complete.

That said, among the latest announcements for the hydrogen powered lunar rover project is that Toyota and JAXA have given the vehicle a name. The H2 powered vehicle is a type of unique off-road vehicle. Therefore, the automaker and space organization agreed that the vehicle should be called the Lunar Cruiser.

According to the automaker, the name was chosen because its primary mission is the same as the company’s original Land Cruiser off road vehicle. It is to make sure passengers are brought home alive. The trim is similar to the FJ Cruiser on its front end. This provides one more connection to the SUVs the company manufactures.

The Lunar Cruiser will be a hydrogen powered lunar rover that also features a solar panel.

The original Land Cruiser SUV was first developed for moving effortlessly across rugged terrain on Earth. On the other hand, the Lunar Cruiser will be 20 feet long and will need to go off-roading on the moon’s surface. It will be required to do this with two astronauts and their gear on board. The goal is to take those astronauts on a 6,200-mile exploration trip.

The entire length of the trip will be powered by a hydrogen fuel cell as well as a massive solar panel.

Last year, it was revealed that the vehicle would be sent to the moon ahead of the astronaut crew that would be using it. Once the team arrives, the vehicle will drive autonomously to meet up with them. Once the astronauts board it, they will travel to the poles of the moon to look for frozen water.

The hydrogen powered lunar rover’s 140 square foot passenger compartment will be pressurized, said Toyota. This means that the astronauts within it will be able to remove their spacesuits. This pressurization technology is also being studied to examine the way a rising

number of companies comprising Team Japan may one day build a society on the lunar surface.