British Columbia, Canada, has joined an international alliance that is meant to make transportation more environmentally friendly. Canadian officials gathered with other world leaders in France to address issues concerning climate change. There, Mary Polak, British Columbia’s Environment Minister, announced that the province had joined with others to promote clean transportation. While British Columbia has had trouble making electric vehicles attractive to consumers, being a part of the international alliance may add momentum to the adoption of clean vehicles.

Incentive program has successfully accelerated the adoption of clean vehicles

British Columbia implemented an incentive program in 2011 to promote the adoption of electric vehicles. Through this program, the province is offering rebates as much as $6,000 to those purchasing electric vehicles and hybrids. Notably, these rebates also apply to those purchasing fuel cell vehicles, which generate electricity through the consumption of hydrogen fuel. In March of this year, the province launch the second phase of its incentive program, which lead to the number of electric vehicles being sold in British Columbia doubling. The province has also been working on improving its infrastructure in order to better support clean transportation.

Automakers are falling behind in their marketing of electric vehicles 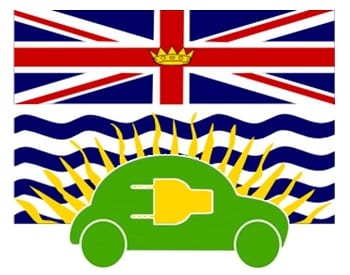 One of the issues facing the adoption of clean vehicles is that automakers have done relatively little to market these vehicles until very recently. As such, many consumers see electric vehicles as something of a novelty. Another issue is that many consumers see conventional battery electrics as less convenient, due to the fact that they take several hours to charge. Canadian consumers are beginning to show interest in fuel cell vehicles, which can be fueled in a matter of minutes.

British Columbia is home to the largest charging infrastructure in all of Canada, but the infrastructure itself is somewhat inadequate at meeting the needs of consumers. This has reduced the attractiveness of electric vehicles to drivers. As part of the international alliance, the province may be able to improve the infrastructure by partnering with various organizations.