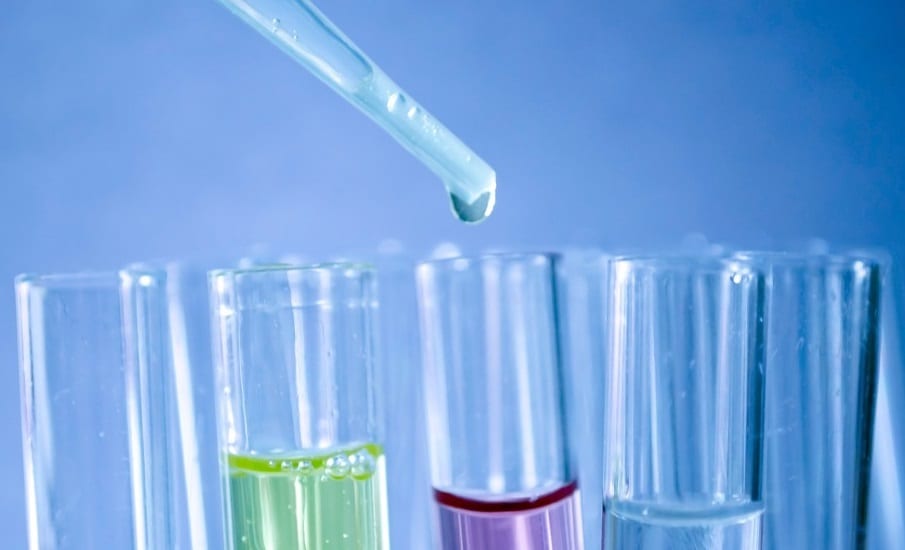 U of T researchers may have found a cheaper and simpler way to produce hydrogen from water.

Hydrogen fuel research conducted by a group of researchers from the University of Toronto (U of T) have developed a new fuel cell catalyst that uses low-cost elements to split water molecules into hydrogen and oxygen under conditions such as those found in regular seawater.

The new catalyst is made from copper, nickel and chromium.

Each of these elements are both cheaper and more abundant than platinum, which is currently the metal behind the top performing catalysts due to its ability to operate under acidic conditions. However, platinum is not only an expensive material, it is also rare. These drawbacks are one of main reasons hydrogen fuel cell energy has not taken off on a much broader scale.

The new cheaper catalyst was developed by the U of T researchers in the lab of University Professor Ted Sargent in U of T’s Edward S. Rogers Sr. Department of Electrical and Computer Engineering.

The research team, which includes University Professor Ted Sargent – an internationally renowned researcher in nanotechnology – is one of several groups around the world engaged in hydrogen fuel research to develop cheaper, cleaner and more practical catalysts that lower the amount of electricity needed to split water into hydrogen and oxygen.

“Hydrogen is a hugely important industrial feedstock,” said Sargent in a paper he helped author that has been published in the journal Nature Energy. “Unfortunately today it is derived overwhelmingly from fossil fuels, resulting in a large carbon footprint.

“Electrolysis – water splitting to produce renewable hydrogen and oxygen – is a compelling technology, but it needs further improvements in efficiency, cost, and longevity,” Sargent added.

The U of T catalyst’s ability to perform well under pH-neutral conditions is what makes this hydrogen fuel research so compelling.

In their paper, the researchers note about their catalyst that while they are pleased with the low-cost and abundant elements they used for the water-splitting process, it is the fact that this catalyst is able to perform well under pH-neutral conditions that has them most excited. The reason is having this capability opens up a number of possibilities.

For instance, seawater is the most abundant water on the planet. Using this water with traditional catalysts under acidic conditions would require desalination (the removal of salt from water), an energy-intensive (and costly) process. By operating at neutral pH conditions, the U of T hydrogen fuel catalyst avoids the desalination process.

This could make the catalyst feasible to use renewable electricity to generate hydrogen from water and then reverse the process at a later time in an electrochemical fuel cell, providing clean power on demand.

“Creating hydrogen from water under neutral conditions is inherently tough – it’s like trying to make an ice sculpture on a sunny day,” said Phil De Luna, a PhD candidate in materials science and engineering and another of the study’s co-authors.

According to De Luna, as far as the U of T researchers know, their catalyst is the best way to do it.

While more hydrogen fuel research is needed, the results shown by this new catalyst are certainly promising.