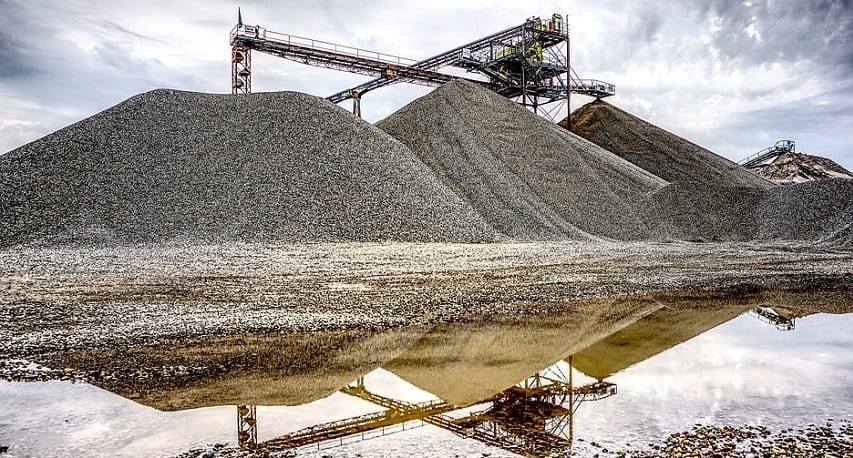 Floating solar panels could help power mines and save water.

A floating solar power project is being tested in Chile in an effort to reduce water loss as well as generate clean energy at Los Bronces mine operations.

Los Bronces is incredibly important to the Andean county’s economy.

However, successful operation of the mine takes massive amounts of electricity and water. This is where the experimental floating solar power project comes in. Called, “Las Tortolas,” the power-generating island will also be run by Anglo American and is part of Chile’s efforts to be a renewable energy leader in Latin America and the world.

The floating solar power island of PV (photovoltaic) panels is expected to reduce water evaporation by 80%.

The 1,200-sqare-foot array of solar panels floats in the middle of a pond. This pond is used to contain tailings, refuse from mining. It is expected that the shadow produced by the panels will reduce water temperature and decrease evaporation by 80%. This additional water that is retained could be used for mining operations, lowering the amount of fresh water that is needed, which is a scarce commodity in the dry mountainous region where the mine resides.

“With this system, we can make our fresh water consumption more efficient, in line with our goal of re-imagining mining and reducing Anglo American’s fresh water consumption by 50 per cent by 2030, as well as the CO2 emissions by producing non-polluting energy,” said Patricio Chacana, Los Bronces’ vice-president of operations, reports National Post.

Additionally, the country’s Mining Ministry is reportedly working on a plan to enhance the safety of the mine holding ponds. Failures at tailing ponds can be disastrous as made evident by the recent iron ore mine disaster in Brazil, in which the mining ponds unleashed a torrent of mud that killed at least 186 people and polluted hundreds of miles of

river. Many of Chile’s tailing ponds are located in the north of the country and are situated near urban centers.

The floating solar power project will be tested for a year. If it works as hoped, this project could be expanded to create new ones at other mining ponds. According to experts, there are an estimated 800 of these ponds in Chile.