Government will be enforcing automotive regulations more strongly next year

China may soon be enforcing its automotive regulations more aggressively in the coming months. The Central Government has been working to tackle emissions recently, after air pollution in some of the country’s most populated cities was linked to serious health problems. The government has had relatively lax regulations focused on the auto industry for some time, but these regulations have rarely been enforced. Soon, however, vehicle manufacturers may be punished if they cannot meet the country’s fuel economy standards.

China continues to push for clean transportation progress, pushing for the adoption of clean vehicles among consumers

Clean transportation has become quite popular in China. Several cities throughout China has instituted initiatives that are promoting the adoption of electric vehicles. These initiatives are meant to help reduce carbon emissions and air pollution in large cities. The Central Government has also offered some financial incentives to help promote clean transportation among consumers. Enforcing the country’s transportation regulations may help put further emphasis on clean vehicles.

Automakers will be penalized if they cannot comply with automotive regulations 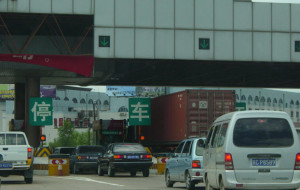 China’s current regulations require all vehicles to consume an average of 6.9 liters of fuel every 100 kilometers, which figures to approximately 34 miles per gallon. By 2020, vehicles will have to have a fuel economy of no less than 47 miles per gallon. These regulations may be somewhat difficult for the country’s smaller automakers to comply with. These companies could begin experiencing serious troubles in the Chinese market in the coming year due to the government’s increasingly aggressive nature with automotive regulations.