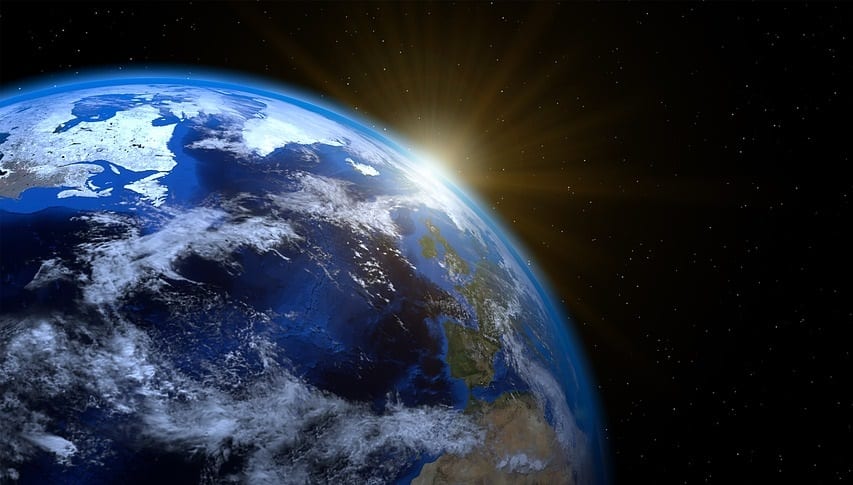 China has plans to bring solar energy to space.

Scientists at the China Academy of Space Technology are working on new technology that could make space solar power a reality. Their hope is to have their solar energy project up and running in space by the year 2050.

Chinese scientists are optimistic that their solar power initiative will provide six times the energy of Earth-based solar farms.

The scientists working on the space solar power project believe that installing solar energy in space will provide “inexhaustible clean energy,” according to Chinese newspaper run by the country’s Ministry of Science and Technology, reports Dezeen.

While details of the plan have yet to be fully fleshed out, the team of scientist, led by Pang Zhihao, believe that space is the ideal environment for solar energy because the equipment will not be exposed to night conditions or overcast skies.

Zhihao is optimistic that the solar energy in space will provide as much as six times the power of solar farms currently based within the planet’s atmosphere.

The scientists are building prototypes of the space solar power station to test over the next decade.

Presently, Zhihao and his team are building prototypes of the solar device in Chongqing, with plans to continue testing different models throughout the next ten years. Once all the details have been ironed out, the scientists plan to begin building the solar power space station as early as 2030.

However, one of the main challenges that the scientists face is getting the solar energy produced in space back to Earth. That being said, they hope to accomplish this through lasers or microwaves.

China isn’t the only nation researching ways to use green energy on a broader scale. Many businesses, including Apple, Amazon, Google, IKEA, Ford, GM Toyota, etc. are investing in clean energy to power their operations and facilities.

Additionally, NASA has explored installing solar power in space over the past two decades and Japan hopes to put

a solar power farm in orbit and has already developed technology for this project.

It will be interesting to see which nation is the first to make space solar power generation a viable reality.