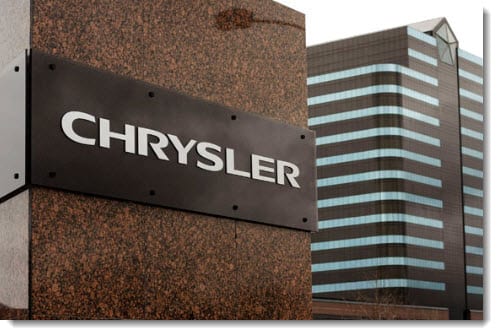 After years of fighting for recovery, Chrysler begins showing signs of recovery

Three years ago, American automaker Chrysler was faced with financial ruin due to the economic crisis that started in 2008. In 2009, the company received a large bailout from the federal government, coming in at $14 billion. Since the bailout, the automaker has been working to reclaim its former glory. To this end, Chrysler teamed with European car manufacturer Fiat. The partnership paid off, allowing Chrysler to establish itself as an influential company within the U.S. once again.

Focus on electric vehicles may be contributor to recent success

Part of the company’s newfound success is due to its shift of focus. Chrysler is no longer obsessed with producing high-performance muscle cars and has adopted mini-vans as its flagship vehicles. The company’s most recognizable brands – Jeep, Ram, and Dodge – are still around, but Chrysler has taken a keen interest in alternative energy and electric vehicles. The company recently announced that it will begin producing new electric and hybrid vehicles, the first of which is a plug-in hybrid mini-van.

Chrysler had developed a new line of Town & Country mini-vans – 25 in total. Eight of these vehicles have finished production and have been sent to Duke Energy in North Carolina. The energy company will test the vehicles to collect data on their performance and determine whether the lithium-ion batteries used in the mini-vans are viable for the purposes the vehicle was made for. The trial will span two years, with Duke employees driving the vehicles to and from work as well as around Charlotte, North Carolina.

The automaker is one of several that have begun taking an interest in alternative energy. Chrysler has been attempting to produce electric vehicles for several years, but has been unable to overcome the financial challenges of producing these vehicles. The company is still reeling from the effects of a turbulent economy and it may be some time before it can produce viable electric vehicles. Other automakers, such as Nissan, have already established a promising head start, which will present a great deal of competition for Chrysler.