Clean technology continues to gain ground around the world

EY, a leading professional services organization, has released a new report concerning the growth of the global clean technology industry. The report suggests that this industry is showing promising progress despite the myriad challenges it faces throughout the world. Turbulent markets and skepticism among consumers and businesses seem to be unable to derail the momentum that clean technology has generated for itself. While growth may be relatively slow, the industry is showing strong resilience to trends that represent a constant threat.

Clean technology companies have been faced with problematic issues for the past few years. Bankruptcies have become a common occurrence throughout the sector. Ironically, these bankruptcies seem to be most common among large businesses rather than their smaller counterparts. Large companies that have been able to avoid financial disaster have been acquiring small clean technology companies in order to expand their portfolios and limit the competition they see in the global market. 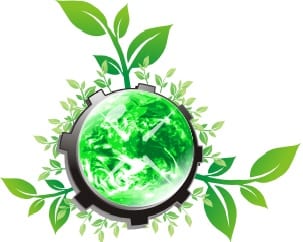 The report from EY shows that the global clean technology market has is experiencing an annual gain of 18%, representing approximately $170 billion. The Asia-Pacific region is currently seeing the majority of this growth. Clean technology is becoming more popular in this region as countries begin to show more favor for renewable energy. China, for instance, is showing a great deal of support for wind and solar energy, thereby increasing the demand for wind turbines and photovoltaic modules.

While other parts of the world are also seeing some growth in the clean technology sector, problematic economic environments are limiting this growth. Ongoing financial issues in the U.S. and Europe have put some strain on clean technology. While renewable energy does offer some economic gain, clean technology is notoriously expensive. Technologies like fuel cells are often considered to be cost prohibitive, limiting their adoption.