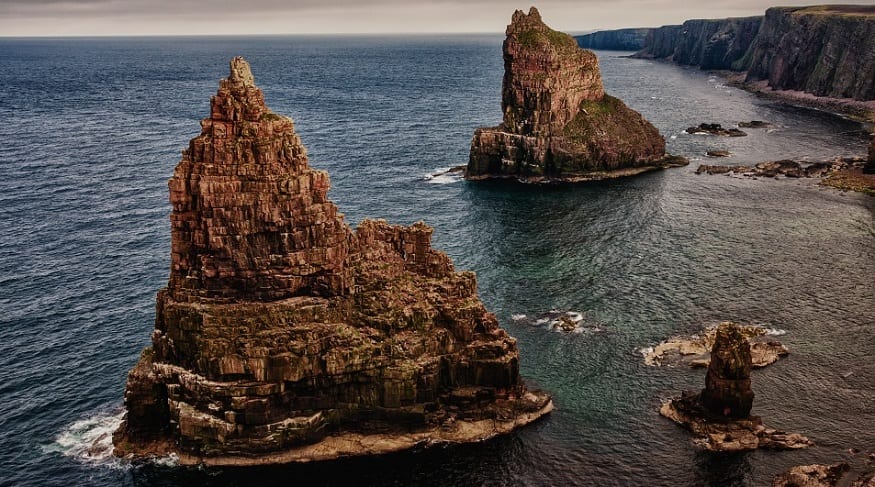 A process known as compressed air energy storage (CAES) is an advanced technique that could be utilized to trap compressed air in porous rock formations found in the North Sea. These rocks in the seabed off the UK coast could provide long term storage locations for clean energy production, according to new research.

The pressurized air could later be released to drive a turbine to produce large amounts of energy.

The pressurized air resulting from the compressed air energy storage process, could help to deliver a steady and reliable supply of energy from renewable sources. Among these sources could be wind and tidal turbines. Additionally, this approach could also help in efforts to limit rising global temperatures as a result of climate change.

The study, which was published in the journal Nature Energy and was conducted by a team of engineers and geoscientists from the Universities of Edinburgh and Strathclyde, found that if the technique was utilized on a large scale, it could store enough compressed air to meet the UK’s energy needs during winter, at which point electricity demand is the highest.

In their study the researchers used mathematical models to assess the potential of the CAES process. They then predicted the UK’s storage capacity by combining a database of geological formations in the North Sea with their estimates.

They learned that porous rocks below UK waters could store approximately one and half times the nation’s typical electricity demand for the months of January and February.

“This method could make it possible to store renewable energy produced in the summer for those chilly winter nights,” said Dr. Julien Mouli-Castillo, of the University of Edinburgh’s School of GeoSciences, who led the study, reported Science Daily. “It can provide a viable, though expensive, option to ensure the UK’s renewable electricity supply is resilient between seasons.

“More research could help to refine the process and bring costs down,” Mouli-Castillo added.

The CAES technique would use energy from renewable sources to power a motor that produces compressed air. This air would be stored at a high pressure in the pores that exist in the sandstone beneath the North Sea. This air would be transferred to the pores via a deep well drilled into the rock.

When there is a shortage of energy, the pressurized air would be released from the well to power a turbine that would generate electricity to be fed into the grid.

The researchers also say that locating wells close to renewable energy sources, such as offshore wind turbines, would make the compressed air energy storage process more efficient, cost effective and lower the amount of undersea cables that would be required for it to work.