For almost three months the Central American country has run exclusively on renewables.

Since the start of the year, Cost Rica has not burned fossil fuels for power and has been able to rely on renewable energy alone to power its country, which was made possible due to Costa Rica experiencing heavy rainfall, which enabled the country’s hydropower plants to generate almost enough electricity to power the entire nation.

Several renewable sources have allowed the country to be coal and petroleum-free.

In addition to hydropower, wind, solar, and geothermal energy have made it possible for Costa Rica not to require any petroleum or coal to keep electricity flowing. That being said, the country does have an advantage over other countries in that it is small, with fewer than 5 million people, it does not have a massive manufacturing industry that would need power for operation, and it is home to plenty of volcanoes, which makes it easier for the country to tap into different renewable sources.

Nevertheless, the fact that the country has managed to run on only renewable energy for over 75 days is still nothing short of remarkable. 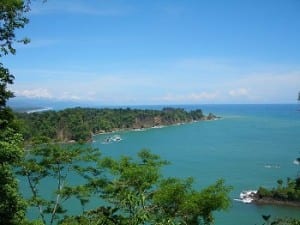 While 80 percent of its renewable power comes from its hydroelectric plants, about 10 percent comes from geothermal. The country is seeking to evolve its geothermal sector and, last year, the government gave the green light for a $958 million geothermal project that is primarily being funded by the European Investment Bank and Japan.

The project will consist of three plants. The first is expected to generate 55 megawatts (MW) of electricity, which is roughly enough power for 55,000 homes. The other two plants are expected to produce 50 MW each.

Jake Richardson of Clean Technica told Science Alert that more geothermal energy in Costa Rica is good news because “there are obvious downsides of being too reliant on hydropower, especially run-of-the-river systems, which can be hindered by seasonal changes in water flow.” Richardson also commented on droughts saying that they can “severely impact power supplies. And there are also some environmental downsides to hydroelectric dams more generally, namely the impact on riparian ecosystems and passing fish.”

The bottom line is that it is important for Costa Rica to expand its other renewable energy systems beyond hydropower. If the country were to ever experience a severe drought, it would hinder the nation’s ability to produce electricity via water.