Demand for fuel cells is on the rise in the UK

Ceres Power, a renewable energy company based in the United Kingdom, has announced that it has been awarded funding from the UK’s Technology Strategy Board through the Fuel Cell Manufacturing and Supply Chain initiative. This initiative is meant to promote better manufacturing methods in regards to fuel cell technology and improve the overall supply chain of these energy systems and their source of fuel: Hydrogen. Fuel cells are becoming quite popular in the UK, especially where transportation is concerned, and ensuring that they are well produced and support is becoming a top priority.

Ceres Power has managed to establish a reputation of providing low-cost fuel cells, which is a significant feat considering the generally expensive nature of these energy systems. The company will be working alongside DEK Solar, which specializes in screen printing equipment that is being used in the solar energy field. Together, the two companies will combine their manufacturing technologies and capabilities to scale up existing production facilities managed by Ceres Power.

Demand for fuel cell technology is growing at a rapid pace 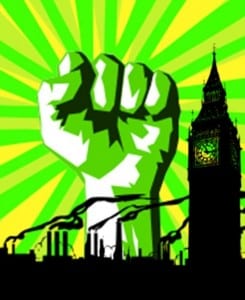 The demand for fuel cells is on the rise, and the fuel cell industry has begun to respond to this demand. Traditionally, these energy systems had been too expensive to see any degree of widespread adoption. Over the past decade, however, fuel cells have become more affordable, making them more attractive to those interested in renewable energy. These energy systems are becoming particular popular in the transportation realm, where they are being used to power a new generation of zero-emissions vehicles.

Funding provided by the Technology Strategy Board is expected to go a long way in improving the availability of fuel cell technology throughout the United Kingdom. The auto industry is not the only place where fuel cells are flourishing, of course, and many industries are beginning to show an interest in these energy systems. As such, ensuring that the availability of fuel cells is high is becoming a major priority.