First Solar has plans to play a larger role in India

First Solar, a leading manufacturer of photovoltaic modules, has set its sights on the Indian solar energy sector. India has become a very popular solar market in recent years, largely due to the government’s insistence on embracing renewable energy and eventually abandoning fossil-fuels. New energy projects are emerging throughout the country and the frequency at which these projects are forming is raising the demand for photovoltaic products. Companies like First Solar are moving to meet this demand while also launching their own solar projects in India.

First Solar has plans to launch a pilot project focused on distributing solar energy among villages and rural areas in India. Many of the country’s rural communities do not have access to reliable electrical power. A lack of electricity can create some problems for these communities, hindering their own economic sustainability and their quality of life. Because solar power is still considered somewhat expensive, First Solar will be offering some financial aid for rural communities interested in this form of clean energy.

India’s solar sector is growing, but is still in a state of infancy 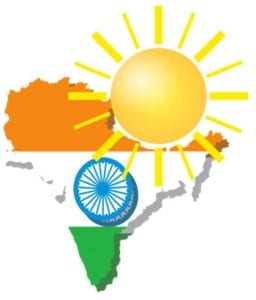 While solar power has managed to attract a great deal of attention in India, the country’s solar sector is still in a state of infancy. Solar projects throughout the country are finding support among India’s large businesses, but smaller organizations are having trouble justifying the cost of solar power when they show interest in making use of it. Companies like First Solar are working to resolve this issue by making solar panels and similar technologies less expensive and more accessible.

Solar power is expected to thrive in India, despite some of the challenges it is currently facing. The most significant of these challenges has to do with cost. Photovoltaic technologies are quite expensive to produce, and production costs often affect the final price of solar power systems. This cost is compounded by the labor required for installing these energy systems. If clean technology companies can find a way to reduce the cost of solar power and make it more easily adopted by consumers, then solar energy could quickly replace fossil-fuels in some parts f the world.