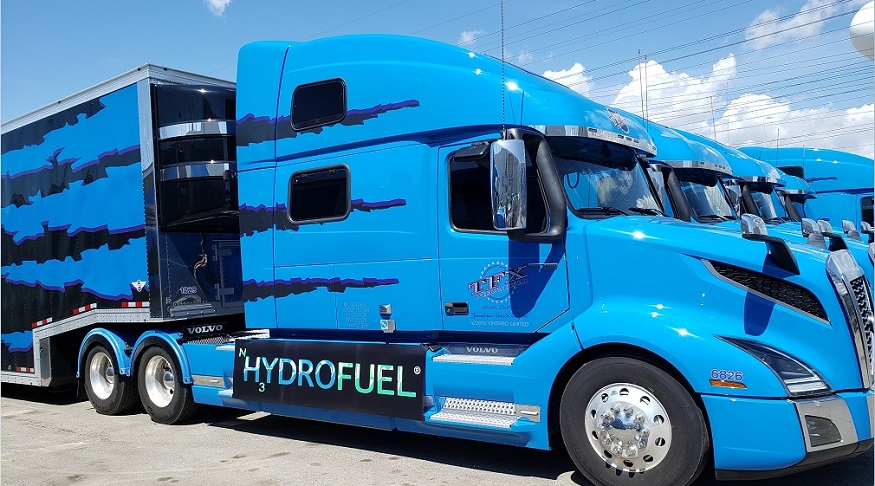 The conversion of the diesel-fueled engines was announced in Canada.

Over the course of 3 years, two diesel fueled generators and transport trucks will be converted to use Hydrofuel ammonia fuel.

The generators and transport trucks to be converted will be provided by TFX International, a Toronto-based company.

NH3 is the chemical formula of ammonia, which is a simple compound that is made up of three hydrogen atoms bonded to one nitrogen atom. NH3 is typically stored as liquified gas. That being said, due to its chemical structure, it is composed of more hydrogen per unit volume than liquified hydrogen. Since the hydrogen is tightly bounded to the nitrogen, it makes it a very stable chemical that is hard to ignite.

NH3 fuel is the most “environmentally benign fuel”.

Hydrofuel Inc. has conducted several ammonia and energy life-cycle production and utilization studies. The company sees this technology as a viable, cost-effective and cleaner fuel to fossil fuels and even other low-emission fuels that are produced via dirty methods.

Hydrofuel has also pointed out that the US Department of Energy Advanced Research Project Agency (ARPA-E) has shown that ammonia is the cheapest, proven technology for long-term, large-scale energy storage for longer than a single day.

Vigorously implementing NH3-fueled vehicles by replacing light duty gasoline vehicles in American reportedly has the potential to eliminate 96% (or about 718 metric tons) of the annual LDV CO2 emissions projected in 2040.

Beyond the US, green ammonia (ammonia produced from renewable sources) is already being produced in the UK, EU and Japan where NH3 is made from municipal waste and plastic.

Hydrofuel Inc. expects the savings from the $2 million NH3 fuel conversion project to cover most of the engine

conversion, operation and ammonia fuelling and infrastructure costs, which would be a small fraction of the price of using hydrogen fuel.