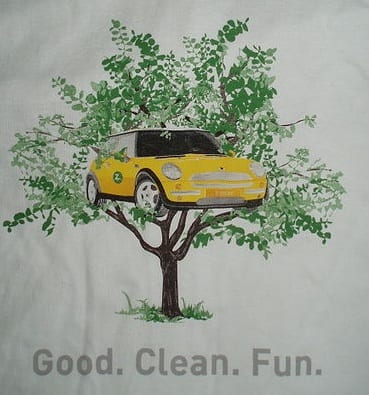 Car sharing networks may not take over the world, but they are preferred method of transportation for many younger drivers who may feel car ownership is optional. Electric cars are becoming more common in these networks thanks to low costs for power as apposed to gasoline-powered vehicles.

Zipcar was recently purchased by Avis for double the stock asking price. The total deal was worth almost half a billion dollars. This company is the most notable in car sharing services. The youngest drivers, also known as the Millennial generation, are just as likely to use public transportation or a bike as they are to own a car. These are the consumers that enjoy the benefits of car-sharing programs like Zipcar. They can reserve time when they may need a car, but they do not have to park, store, or maintain their own automobile. In many cases, fuel is included in membership. Electric cars are a natural progression for a generation concerned with the state of the environment.

Finding car sharing networks with electric cars highly depends on where a consumer lives. These exist mostly in highly urbanized areas like New York City, Atlanta, Chicago, Los Angeles, San Francisco, and Seattle. They can also be found on some college campuses in the US like Villanova and Mount Holyoke. New networks for Zipcar and other car sharing services should expand in the years to come, mostly in urban areas.

Could there be another Zipcar?

It is unlikely that another company modeled just like Zipcar will come along and make investors happy with a huge payoff at buyout, but the idea of car sharing using electric cars is not a dead deal. Now that Avis is behind the wheel, so to speak, the potential of Zipcar has grown wildly.