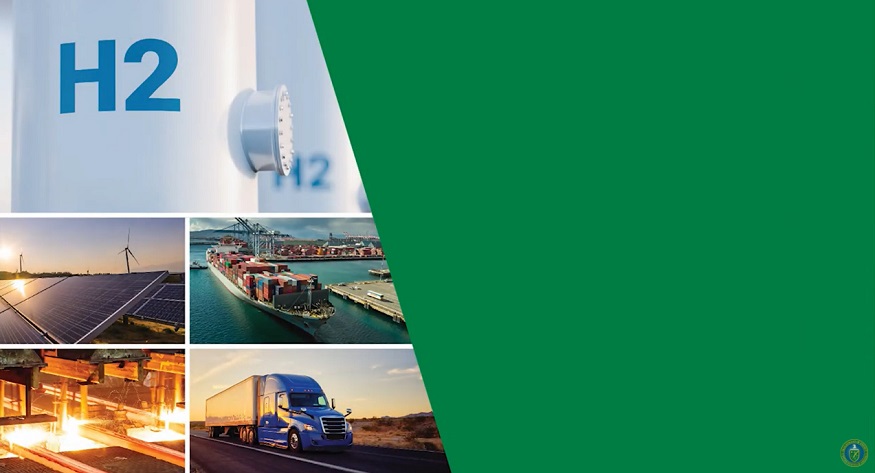 H2 is the focus of the first step in the initiative, aimed at slashing the cost of the green fuel by 80 percent.

Secretary of Energy Jennifer M. Granholm announced the launch of the US Department of Energy’s (DEO) Energy Earthshots Initiative. Of them, the first will be the Hydrogen Shot.

The effort is aimed at boosting reliable clean energy development and affordability.

The goal of the Energy Earthshots Initiative is to achieve meaningful results within the decade. Among them, the first will be the Hydrogen Shot. That will be aimed at reducing the cost of clean hydrogen to $1 per kilogram, an 80 percent reduction, within the span of 10 years. Taking aim at these targets – and achieving them – is meant to play an important role in the United States’ climate crisis efforts. It will also help to accelerate the progress toward the Biden-Harris Administration’s net-zero carbon emissions goal for 2050 while simultaneously building the economy and creating unionized jobs with good pay.

“The Energy Earthshots are an all-hands-on-deck call for innovation, collaboration and acceleration of our clean energy economy by tackling the toughest remaining barriers to quickly deploy emerging clean energy technologies at scale,” stated Secretary Granholm in the announcement. “First up: Hydrogen Shot, which sets an ambitious yet achievable cost target to accelerate innovations and spur demand of clean hydrogen. Clean hydrogen is a game changer. It will help decarbonize high-polluting heavy-duty and industrial sectors, while delivering good-paying clean energy jobs and realizing a net-zero economy by 2050.”

The Hydrogen Shot of the Energy Earthshots Initiative establishes a clean hydrogen framework.

The Hydrogen Shot creates a foundation and a framework for green H2 deployment within the American Jobs Plan. That also includes demonstration project support. Industries have started implementing renewable hydrogen for emission reduction but deploying it at scale still involves overcoming a series of challenges.

The cost of green hydrogen is one of the largest of those challenges, as it currently costs about $5 per kilogram. That said, with the 80 percent cost reduction goal of the Hydrogen Shot in the Energy Earthshots Initiative, it will mean that the price will be closer to $1 per kilogram, which can much more