Not all dangerous chemicals used in hydraulic fracturing operations need to be disclosed.

A recent report – “Fracking’s Toxic Loophole” – that was released by the Environmental Integrity Project, describes how there is a major loophole in the regulations that govern fracking because while permits are required for diesel fuel if it is used in wells, other petroleum-based products that have higher toxicity levels than diesel, can be used without permits or safeguards.

It is common practice for hydrofracturing operations to use hazardous petroleum-based chemicals.

Even though companies are still required to disclose if they are using diesel fuel in fracking operations and must have a permit for it, in 2005, energy legislation exempted many chemicals from the restrictions that applied to diesel and other fluids utilized in the controversial mining practice. Therefore, to this day, companies do not have to disclose the other petroleum-based chemicals they may be using. This condition has been nicknamed the “Halliburton loophole” due to the fact that Dick Cheney, the former Halliburton CEO and the US Vice President at the time, was reportedly involved in the creation of the law.

According to Eric Schaeffer the executive director of the Environmental Integrity Project, “This double standard illustrates what happens when Congress manipulates environmental statutes for the benefit of polluters, instead of allowing EPA to make public health decisions based on the best available science.” 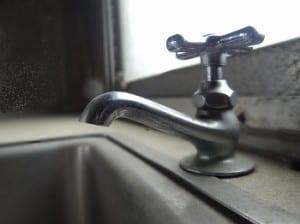 In its new report, the Environmental Integrity Project pointed out that hydraulic fracturing operations continue to use toluene, ethylbenzene, xylene, and benzene, a known carcinogen, all of which are dangerous petroleum products found in diesel. In other words, although a company may not be able to use diesel fuel without a permit, they can use as much benzene as they want, with no questions asked. Since this is the case, many health and environmental advocacy groups have expressed concern regarding these toxic chemicals and the hazardous impacts they could have if leaked into drinking water supplies.

Shchaeffer commented that “The scandal in this case is not illegal conduct. It’s what the law actually allows you to do.” He added that the fracking law is illogical. It gives a free pass to alternative fluids to diesel that are rich in benzene and, environmentally, that makes no sense.